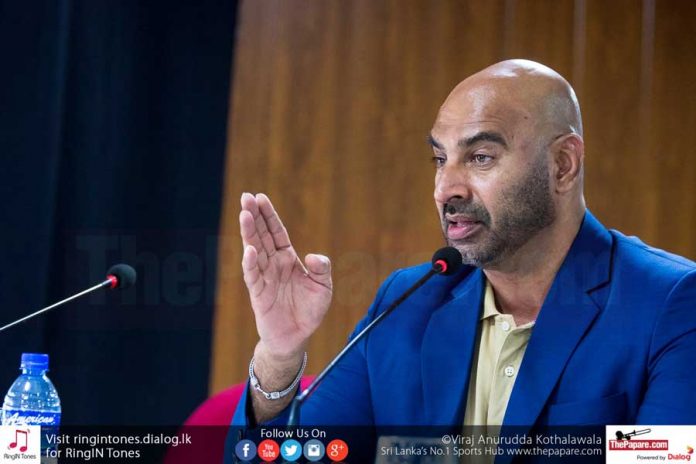 The Sri Lanka Cricket (SLC) national selection committee is expected to go through some massive changes in the coming weeks with the term of the current committee headed by Graeme Labrooy ending on 15th May, 2018.

Last September, former Sri Lanka seamer Labrooy, together with Gamini Wickramasinghe, Jeryl Woutersz, Sajith Fernando and Asanka Gurusinha, was appointed to the national selection committee after a string of defeats prompted former Chief Selector Sanath Jayasuriya and his committee to resign from their posts.

According to reliable sources, the new Sports Minister Faiszer Musthapha was in favour of extending the Labrooy-led committee’s term for another year but Sri Lanka Cricket (SLC) has suggested a change due to the other commitments for the existing members.

Labrooy currently functions as a regional Match Referee (Asia) for the ICC, a time-consuming occupation, while Gurusinha was recently appointed as the Chief Cricket Operations Officer at Sri Lanka Cricket – He will oversee the SLC Brain Center facility and the High-Performance Center based at Khettarama. Woutersz may also be in contention to become the National Team manager or the ‘A’ Team manager while Fernando is expected to get back into Coaching.

SLC is reported to have sent the names of Brendon Kuruppu, Chaminda Mendis, Eric Upashantha, Indika De Seram and Ranjith Madurusinghe to the Sports Minister to be considered for the next selection committee with Kuruppu set to be the front-runner for the role of Chief Selector.

With the Sri Lanka Test squad for the West Indies tour having already been selected, the new selection committee will have ample time to adjust before their first assignment in selecting squads for the home series against South Africa in July.