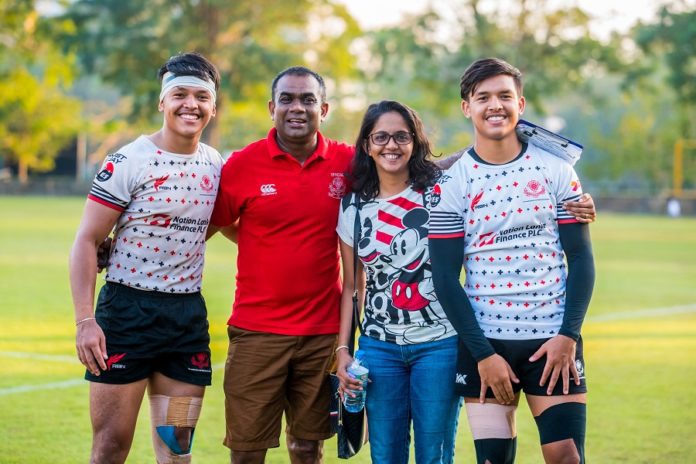 As the Dialog Club Rugby season is set kick off next month with the Dialog Inter-Club Sevens tournament, the Colombo Hockey and Football Club (CH & FC) has decided appoint a ‘boss-lady’ to manage the men of the rugby team.

New Captain and Coach for CH

Udani Edirisinghe will assume duties as the manager of the Gymkhana Club in the upcoming club rugby season. With this appointment, Udani goes into history as the first female manager of an ‘A’ Division club in Sri Lanka.

Although she’s the first female manager of the club, Udani is not a newcomer to CH rugby. It was back in 2016, when she first joined the Maitland Crescent club as the Assistant Manager and did her part to help bring up the team to where they stand now. During her tenure as the assistant manager of the club, Udani saw the CH boys lift the 2018 Inter-club Sevens trophy after a lapse of many years and played a big part when CH & FC won the western province rugby 7’s that same year as well. She also managed the Colvetel team who became the bowl runners up in the 2017 Mercantile 7’s.

She was also the main coordinator and organizer when Hon. Namal Rajapakshe held a training camp for young girls in Kashmir back in April 2018.

Stay logged on to ThePapare.com for more news and updates.