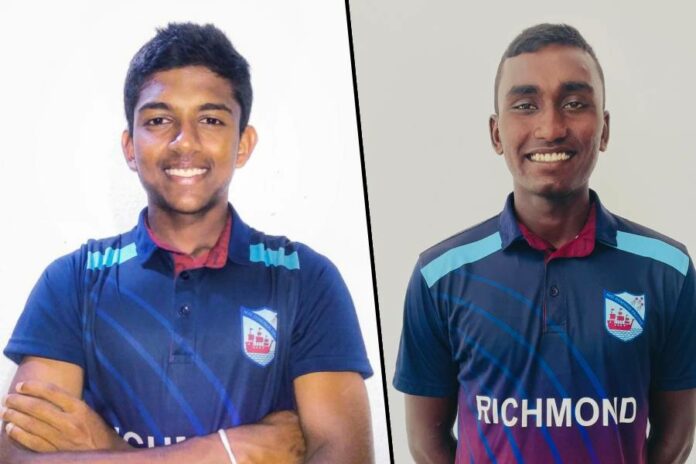 Three games of the ongoing U19 Schools Cricket Season 2021/2022 were played today (11th March) around the island.

The Richmondites recorded a no-wicket win against D.S. Senanayake College as their openers posted half-century to chase down the 149-run target.

Vishara Fernando staged an aggressive 87 runs, carting the D.S bowlers to all parts of the ground. He was particularly excellent against the short ball as he deposited one to the adjoining MCA grounds.

He was well supported by his opening partner, Tharinda Nirmal who also scored a half-century while holding one end tight.

Hansaja Jayasinghe of Ananda College posted the best bowling figures of the day against St. Sylvester’s College as he bagged 5 wickets for 23 runs.