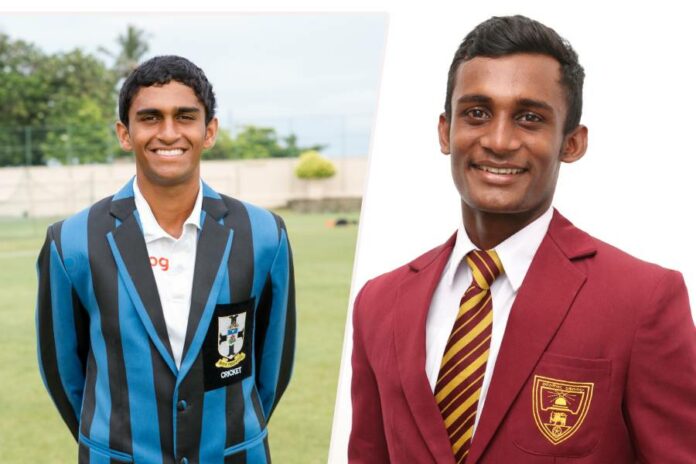 The traditional encounter between Ananda College and S. Thomas’ College played for the Atapattu-Halangoda trophy ended in a draw today (07th July) at SSC Grounds in Colombo.

Having won the toss Ananda College opted to bat first but things didn’t work as planned as they were bowled out for just 120 runs. Charuka Peiris was the pick of the bowlers for Thomians as he grabbed 5 wickets for 19 runs.

In reply, the lads from Mount Lavinia put on a much better batting display for their first innings posting 380/7 thanks to a magnificent double ton from Ryan Fernando. His unbeaten 200-run knock came off 176 balls with 31 fours and 2 sixes.

Ananda College began their second innings 260 runs behind but showed great application and resistance this time as they managed to post 222 runs for 3 wickets at the end of the second day’s play.

Ananda College’s number three batter Nethma Karunarathne continues his good form with the bat this season scoring another century. Karunarathne added 127 runs off 147 balls with 18 fours and a six.

With this century, Karunarathne becomes the first player to reach 1000 runs in the season. He aggregated 1001 runs in 13 matches with an average of 58.88.