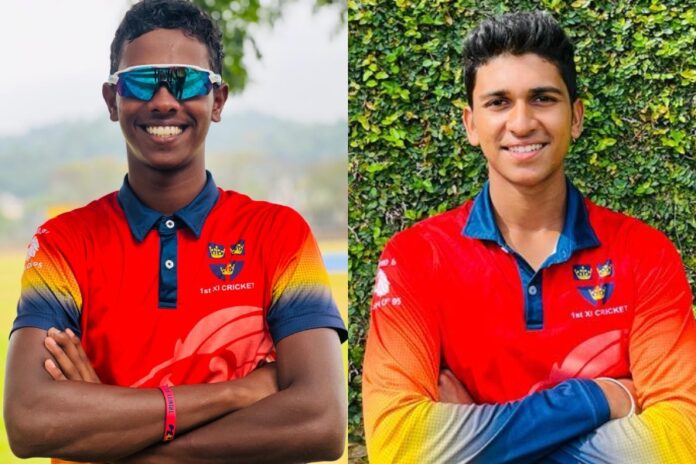 Trinity College, Kandy qualified to the Final of the U19 Schools Division 1 Tier A Cricket Tournament as they defeated St. Anthony’s College, Kandy by 2 wickets in the Semi-final encounter played today (28th November), at Thurstan College Grounds, Colombo.

Trinity College Skipper Rahal Amarasinghe won the toss and invited St. Anthony’s College to bat first. The Anthonians got off to a poor start, losing 2 quick wickets for just 9 runs, but the opening batter Kavindu Shehan and No. 4 batter Thisara Ekanayake rescued the innings by building a 61-run partnership for the 3rd wicket.

Shehan scored an unbeaten 74 runs off 141 balls with 8 fours, while Ekanayake contributed with 35 runs off 58 balls with 5 fours. Janith Rathnasiri (27*) and Traveen Mathew (25) also played crucial hands batting down the order, as the Anthonians posted 202/6 in the allotted 50 overs.

Vibhavith Ehelepola and Theeraka Ranathunga starred with the ball, taking 2 wickets each for Trinity College.

In reply, Trinity College got off to a decent start as their opening pair Rahal Amarasinghe and Janith Ravishka added 47 runs for the opening wicket. However, Trinity College faced a chaotic period in the middle, losing 5 quick wickets for 23 runs.

When the Trinitians were reeling at 70/5, Ranathunga and Dinusha Peiris built a match-winning partnership of 68 runs for the 6th wicket, which put them on course for the victory. No. 8 batter Wathila Udara provided late impetus to the innings scoring a quick 37 runs off 26 balls with 3 fours, as Trinity College got over the line in the final over of the innings with 2 wickets in hand.

Ranathunga, who impressed with the ball earlier in the day, top-scored for Trinity College by contributing 57 runs off 86 balls with 4 fours.

Trinity College, Kandy will meet Richmond College, Galle in the Final of U19 Schools Division 1 Tier A Cricket Tournament.