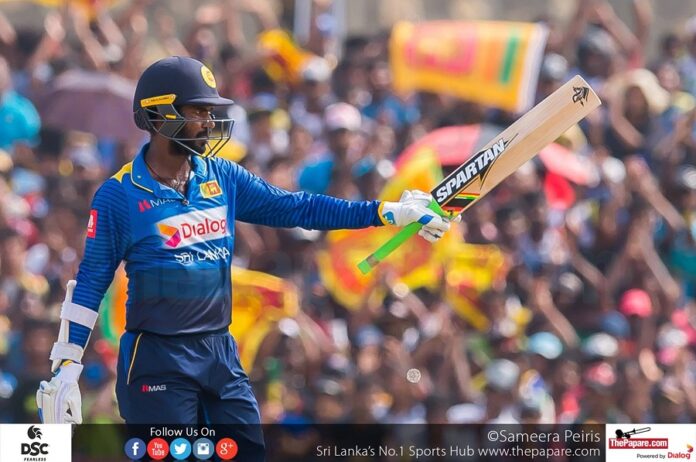 The former Sri Lanka ODI skipper announced his retirement via a post on his social media accounts, the excerpts of which are as follows.

As the good old saying goes ‘All good things must come to an end’, I believe it is time for me to bid farewell to my International Cricket Career after over 15 years of giving the game my all.

I leave behind a road traveled with fond memories and great friendships. I am thankful to Sri Lanka Cricket for always having faith and the trust vested in me. I am grateful to the many Cricket Loving Fans, friends and my family for standing by me during my highest of highs and even at my lowest points in my career. Your well-wishes and messages of encouragement was easily the drive behind my ambition. For that I thank you all, and I wish you well.

I would like to wish Sri Lanka Cricket all the very best for the future and I am hopeful that the team will bounce back strong soon.
Thank you all!”

Tharanga represented Sri Lanka in 291 internationals overall (31 Tests, 234 ODIs, 26 T20Is) in a career spanning over 15 years. In that time, he was able to accumulate over 9,000 international runs, including 18 hundreds. He unfortunately fell short of 7,000 ODI runs, finishing with 6,941, 8th on the list of highest ODI run getters for Sri Lanka.

The 36-year-old was particularly prolific in limited overs cricket early in his career, making his 6th ODI hundred in just his 31st match; he made 5 of those in 2006 alone. Tharanga’s form fell away at the latter stages of his career and with many younger players jostling for that opening slot, he was moved up and down the order on numerous occasions, before eventually losing his spot.

He last played for Sri Lanka in an ODI in South Africa, in March 2019.