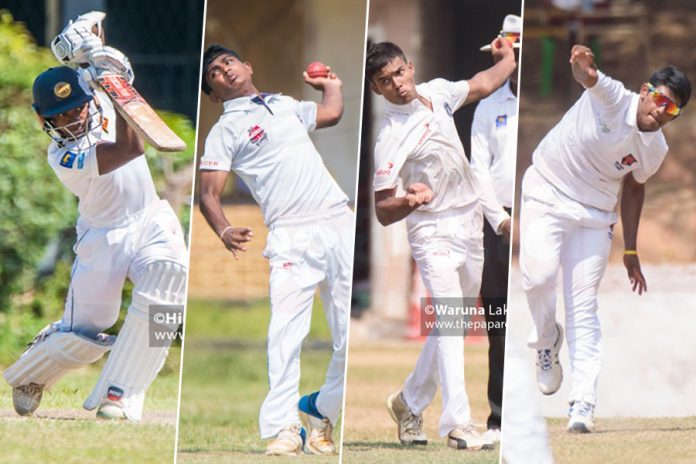 The eventful first round of the Singer U19 Division I Cricket tournament 2019/20 ended yesterday (15th, Saturday) with the conclusion of 6 tournament games.

St. Anne’s inch out Dharmasoka to mark the end of first round matches

The only unbeaten team of the league, Nalanda College topped Group C registering 2 outright wins and 6 first innings wins in the 8 first-round games. However, St. Anthony’s College Katugastota, returned to the top division just this year, finishing as the overall 3rd best team with 5 outright wins. Royal College, became the Division II champions last season, ended as the 6th best team behind Mahanama College and 2nd in Group A.

The two unfortunate teams that slipped down to the lower division are Maris Stella College (35th) and Moratu Maha Vidyalaya (36th), as they finished last in Group A and Group B respectively.

(NOTE: The Points Tables are yet to be confirmed by the SLSCA)

The top 4 teams from each group will face off in the Pre-Quarter Finals, which are to be played before the 25th of February.

The 32-team L/O tournament consists of the top 8 teams from each group leaving out the 4 teams which placed last. The tournament plays as a knockout tournament and the first round playoffs are to be played before the 28th of February.