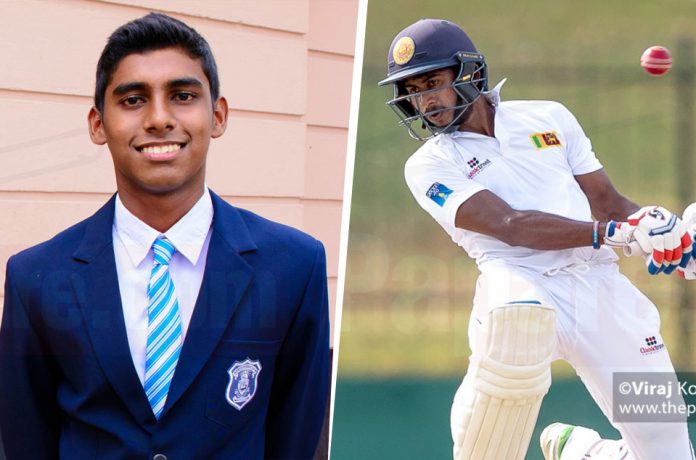 Ragama Cricket Club vs U19 Red

Off spinner Ashain Daniel starred with the ball for U19 Red as they took on Ragama Cricket Club today at Moors grounds. After winning the toss, Ragama batsmen posted 182 runs all-out for their first innings. In reply, U19 Red batsmen also struggled with the bat as they finished day one on 121 for 6.

Bloomfield Cricket Club dominated the first day’s play in their encounter against Kalutara Town Club which commenced today at Bloomfield Cricket grounds. Andrew Ferys starred with the ball picking up 4 wickets while Sachin Jayawardena stoked a valuable knock of 90 runs for the hosts.

The splendid century scored by left handed batsman Kamindu Mendis was the highlight of the match between Tamil Union Cricket Club and Air Force Sports Club which commenced today at P Sara Oval grounds in Colombo.

The encounter between Kurunegala Youth Cricket Club and Moors Sports Club commenced today at Welagedara Stadium in Kurunegala. The hosts managed to post 197 runs all-out for their first innings. In reply, the visitors were 133 runs for 3 wickets at stumps on day one.

U19 Blue vs Burgher Recreation Club

Burgher Recreation Club finished day one strong against U19 Blue today at BRC grounds. Off spinner Maduka Liyanapathiranage took 5 scalps for 52 runs helping the visitors to restrict the inexperienced U19 Blue side for a modest score of 201 runs.

Sachith Pathirana (102) and Nadeera Nawala (88) starred with the bat for Badureliya Cricket Club as they posted 332 runs for 8 wickets against Galle Cricket Club at Maggona. In reply, the Southern lads were stuttering on 42 runs for 4 wickets at close of play.

The encounter between Colts Cricket Club and Lankan Cricket Club commenced today at Colts Cricket grounds in Colombo. After winning the toss, visiting skipper opted to bat first and put on 245 runs on the board. Sanjula Abeywickrama (74) and Shifran Mothalis (53) were the top scorers for the visitors. Harsha Rajapaksha was the star with the ball as he grabbed 5 wickets for 17 runs for the hosts.