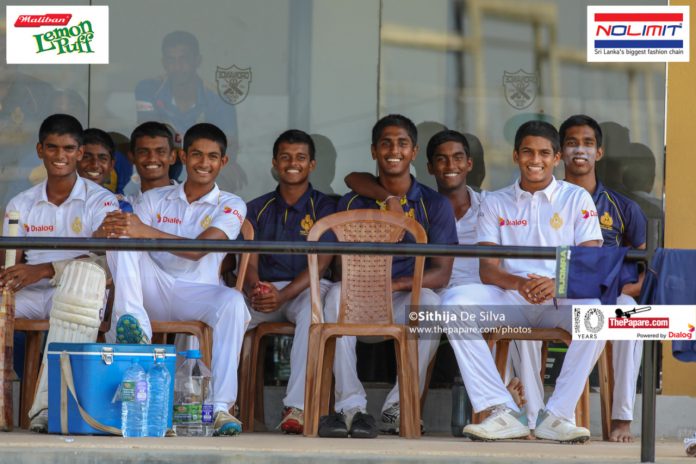 The second semi-final of the Under 19 ‘Division 2’ Two Day Cricket Tournament 2018/19 between Royal College, Colombo and Kaluthara Vidyalaya concluded today (6th April) at Army Grounds, Dobagoda with Royal College advancing to the final of the tournament.

More importantly, the result means that Royal College will be promoted to the division 1 of Singer Under 19 cricket tournament with the other finalist; St. Anthony’s College, Katugasthota.

At stumps on day one, Royal College was in a strong position, 404 for 4 with their premier batsman and U19 national cap Pasindu Sooriyabandara unbeaten on 146.

He departed after only adding another 14 to the scoreboard and Kavindu Pathirathna contributed with 64 runs to propel Royal past 500.

Royal was all out for a massive 514 and the only bowler who looked troubling to the Royalists was Vishmika Kostha who ended up with 4 wickets for 67. Kamil Mishara also made a busy 83 in the first innings.

In reply, Kaluthara Vidyalaya couldn’t make inroads with the bat as they were bamboozled by the off-spin of Kamil Mishara and left-arm spin Manula Perera who snatched 4 scalps each.

The match was drawn and with Royal College winning first innings points, they advanced to the finals and made it back to division 01 after a lapse of 3 years.

All set for Super Provincial Tournament 2019