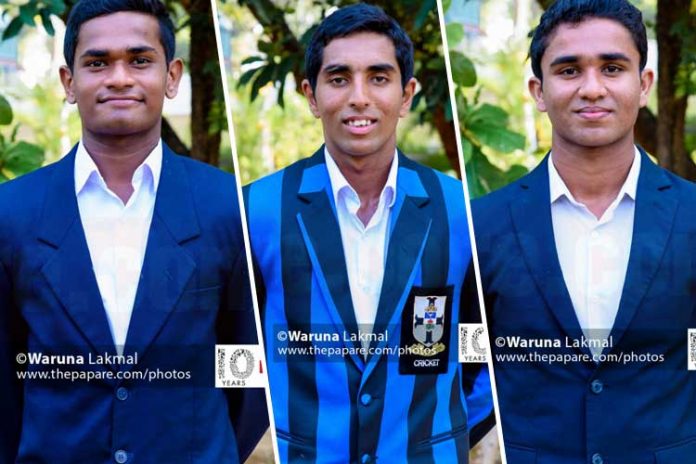 Thomas’ College completely dominated day 01 proceedings in the first semi-final of the Singer U19 Division 1 Cricket Tournament 2018/19 against Nalanda College on 3rd of April at Sinhalese Sports Club, Colombo.

Thomians won the toss and elected to bat first to replicate their marathon batting effort against Mahinda College in the quarter finals. Nalanda got the better of Thurstan College to seal a spot at the semi-finals. 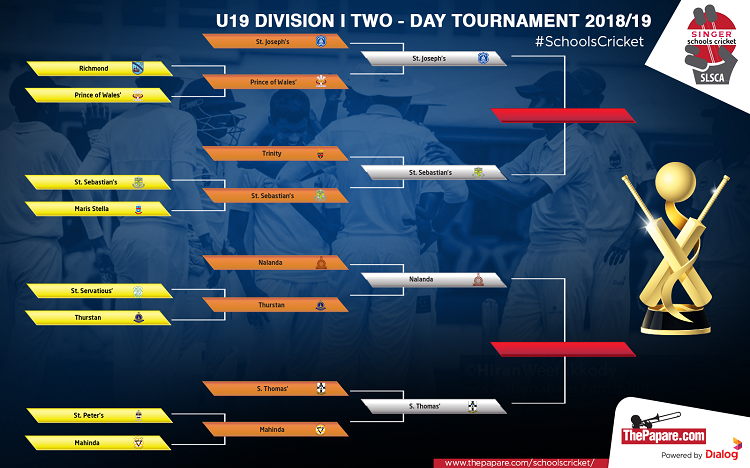 The opening partnership was just limited to 14 runs as skipper Sithara Hapuhinna was caught by Lakshitha Rasanjana off Chamindu Wijesinghe’s bowling. The wicket-keeper batsman could only score 6 runs in a 22 ball stay.

The big match sensation Ryan Fernando had a rare failure after his consecutive fifties in recent matches when he had to walk back to the dressing room with only 9 runs to his name.

After Fernando’s dismissal, the Nalandians had to take a step back and watch the batting master class by Shalin de Mel & Yohan Perera who added 87 runs for the 3rd wicket. The pair scored 68 & 42 runs respectively.

Then, the best batsman of 140th Battle of the Blues, Umayanga Suwaris started to find boundaries early in his innings and continued his red-hot form this season. He and Ravindu de Silva put up an unbeaten 123 run partnership to end the day’s play on a high.

The pick of the batsmen was Ravindu de Silva who orchestrated a wonderful century to solidify the Thomian innings with 13 boundaries while Suwaris perfected the art of making half centuries again.

They were on 311 for 4 at stumps and favourites to seal a spot at the final which will be against the winner of the encounter between St. Sebastian’s College and St. Joseph’s College.

Watch all the action from both semi-finals live on ThePapare.com

The first semi-final in the Singer under 19 division one cricket tournament 2019 will….