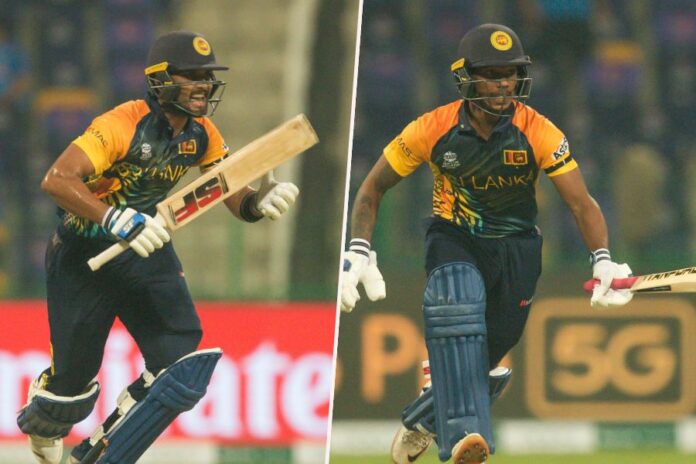 On the eve of the Sri Lanka vs Ireland clash in the ICC Men’s T20 World Cup 2021, Head Coach Mickey Arthur confirmed that Sri Lanka will field the same team which featured against Namibia for their second Round 1 clash, on Wednesday evening in Abu Dhabi.

Sri Lanka produced a stellar performance against Namibia on Monday, winning comfortably by 7 wickets. However, the only concern has been the performances their top order. Whilst Kusal Perera fell for 11, Pathum Nissanka and Dinesh Chandimal were also dismissed cheaply.

“Chandimal is a very good player, and contrary to a lot of the stuff I’m reading about him, he is a fine, batsman. He’s just short of a little confidence at the moment, but I’m comfortable that he will regain that,” Arthur told the media.

“We’ll give Chandimal another run without a doubt. We know that Charith Asalanka is there waiting for his opportunity as well. One thing we’ve done is we’ve developed bench strength in all positions. I’m comfortable that Chandi is one innings away from showing us potentially what he can do.”

Perera’s current opening partner Pathum Nissanka was drafted into the squad before the deadline on the 10th of October. He was not in the long-term plans for Sri Lanka during the South Africa series last month but with Avishka Fernando dropping down to number four, Nissanka has been preferred over Vice-Captain Dhananjaya De Silva and senior campaigner Dinesh Chandimal to open the batting.

“Pathum Nissanka, he’s a work in progress. He’s the one Sri Lankan batsman in my time in Sri Lanka that I think is going to go on and genuinely become a world class player for Sri Lanka. So we’ll keep going with Pathum because we’re investing in him going forward,” he further stated.

Arthur also praised the performances of the seamers – Dushmantha Chameera, Lahiru Kumara and Chamika Karunaratne – as the bowling trio averaged nearly 140 kmph in the Namibia game, with Chameera and Kumara clocking in the high 140s.

With Maheesh Theekshana and Wanindu Hasaranga proving to be genuine wicket-takers as spinners, Sri Lanka’s bowling attack consist of all the ingredients to trouble the Irish as they bid to secure qualification for the Super 12s.

“For us to have two bowlers of genuine quality bowling at 145 kmph, that makes a massive difference. We know that any team doesn’t like facing them.They’re genuine wicket takers. Their skills have gotten better and better over the last five months. So we’re really comfortable having them attack for us. Dushmantha Chameera has, I feel, gone to another level. He’s now genuinely world class. So for us to have those bowlers in our bowling lineup gives us a real good balance of picks. Chamika [Karunaratne] brings a little bit of swing, and then we’ve got our two wrist spinners. It’s almost the ideal bowling attack, if you like,” Arthur went onto say.