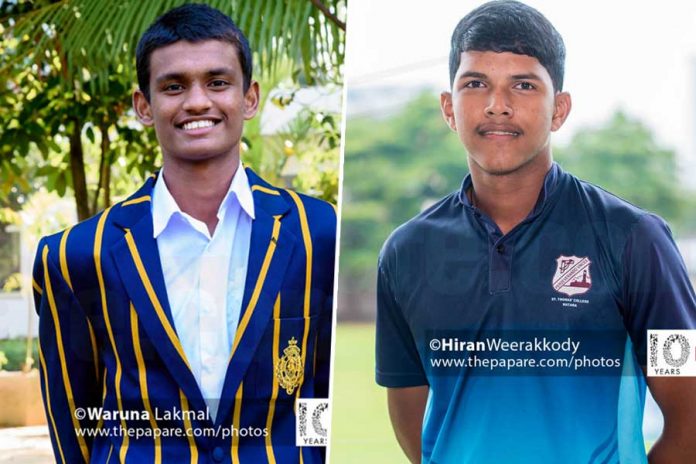 The 50-over version of the Singer U19 Division I Cricket tournament 2019/20 kicked-off today while knockout matches of the two-day tournament resumed.

St. Thomas’ College Matara, who knocked out D.S. Senanayake College from the two-day tournament in the Pre-Quarter Final which ended yesterday in Matara, edged out Dharmaraja College today in the 1st Pre-Quarter Final playoff of the U19 Division I limited-over tournament. The Thomian bowlers did extremely well to defend the mere 116 they made with the bat after winning the toss.

Another Pre-Quarter Final of the U19 Division I 2-day tournament began today as Royal College hosted the Cambrians at Reid Avenue. Sri Lanka U19 cap Ahan Wickramasinghe starred for the home team with a brilliant century as they posted a competitive 215 for the 1st innings.

In reply, the Moratuwa boys lost 5 wickets by the end of the day, scoring 108 runs. The second and final day of the encounter promises excitement as Kavinda De Mel and Pasindu Pathum will resume from 107 runs behind against a formidable Royal bowling attack.

Video – We are watching Hasaranga for franchise cricket! – Kieron...