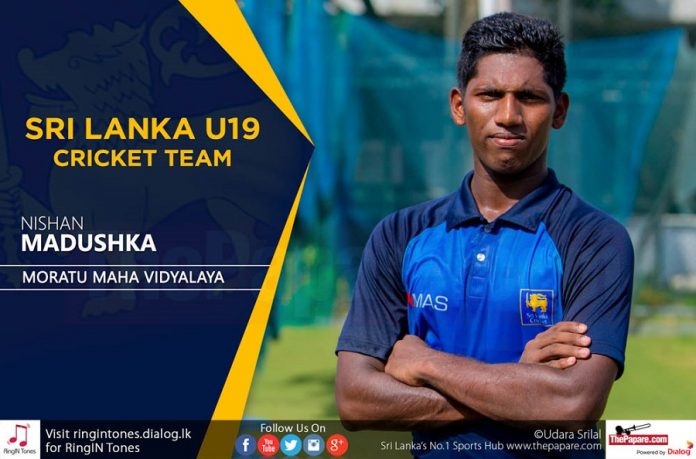 The visitors won the toss and elected to bat first, only to drag themselves to a modest 141 runs. Nipun Dhananjaya managed 28 runs with the bat for Joseph Vaz College while Vishwa Didulana ran through their batting bagging 5 wickets for 35 runs.

Moratu Vidyalaya took complete control of the game right away as the skipper, Nishan Madushka, fared brilliantly with the bat amassing 161 runs to his name at the top of the order. Moratu Maha Vidyalaya elevated themselves to 290 runs before they decided to declare the innings.

Sri Lanka U19 skipper, Nipun Dhananjaya took charge of the second-innings for Joseph Vaz as he showed his class with a fighting 114 runs while his team fell apart at the other end summing up to 231 runs in their second innings. It was Vishwa Didulana again who was the pick of the bowling as the Joseph Vaz batsmen could not decode his style. He wrapped up with a match-bag 10-wicket haul with his fifer in the second-innings.

The 83-run target set for the host would have been much likely to be chased down if the game had more time left in it. Instead, the game ended in a draw with first innings points for Moratu Vidyalaya.

Batting first, Dharmapala College posted 167 runs for their first-innings. Avishka Hasarinda was the top-scorer for Dharmapala College with 39 runs to his name. Chethaka Denuwan was the pick of the bowlers with his figures of 4 for 46.

In reply, St. Servatius’ College scored 252 runs for their first-innings. Pushpitha Dilshan’s useful 61 runs was the top-score while Pasindu Manupriya also contributed 45 runs to the cause. Tharindu Sandaruwan did a wonderful job with the ball picking up 4 wickets.

Dharmapala struggled badly in the second-innings as they were a shy away from an outright defeat. The St. Servatius’ bowlers managed to pick up 7 wickets for 64 runs in the 39 overs they bowled before the close of play. Shashika Dulshan was yet again the pick of the bowlers with his excellent 3 for 10.

The battle at the city of rocks, between St. Anne’s College, Kurunegala…

Skipper, Dinuka Dilshan’s ton and the consistent Aroshana de Soyza’s unbeaten 57 raised Dharmasoka College to 302 runs for the loss of 7 wickets in 85 overs. Left-armer Daminda Reshan picked up 3 wickets for 53 runs for Ananda College while Lakshitha Amarasekara and Janidu Jayawardena both picked up 2 wickets each.

Ananda College were at 48 runs for the loss of 2 wickets by the close of play. The game will resume tomorrow for day-two.