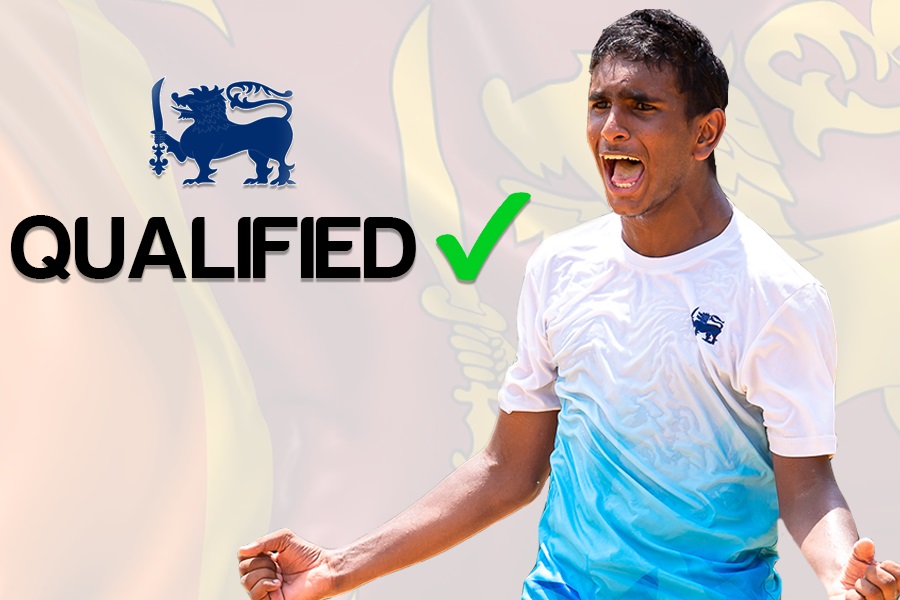 The clay courts of the Sri Lanka Tennis Association were lit on fire by the Lankan cubs at the Junior Davis Cup pre-qualifying rounds, as they marched into the final, with an unbeaten record.

Starting from the 4th, Sri Lanka has maintained a spotless winning streak, beating non-seeded and highly seeded nations alike. From their first win against Oman in the Group stage matches to their semifinal win against 3rd seeds Lebanon, Sri Lanka have gone from strength to strength in the tournament.

Not only have they secured their place in the finals of the pre-qualifying rounds, they have also pushed themselves into the qualifying round of the Junior Davis Cup Asia/Oceania Team Championship, the big fight before the World Group qualification.

Today, 8th March, Sri Lanka faced off against Lebanon, a strong outfit on tour seeded third in the leg in their semifinal hurdle. The two front runners for Sri Lanka, Chathurya Nilaweera and Thehan Wijemanne joined forces to overcome what was thought to be the toughest tie for the home team.

However, things were anything but breezy. Chathurya Nilaweera had an early morning scare, when he suddenly found himself a set down at 3/6 against Lebanon’s Marco Antonio Azar. But the Nilaweera effect worked well in the second and third sets to close off the match 3/6, 6/0, 6/2.

Needing just one more match for the win, Thehan Wijemanne entered the ring with Jalal Sadek for the other singles rubber. WIjemanne made a strong statement with a first set win of 6/2. However, Sadek didn’t let Wijemanne get off that easy as the match was an intense 80 minutes of masterful junior tennis.

In the end, Thehan WIjemanne quenched his bench’s thirst for victory and took home the win in straight sets, 6/2, 6/4, sealing Sri Lanka’s fate in the final and promotion to the final qualifying round.

A save in the Doubles keeps Sri Lanka’s hopes alive

Tomorrow, 9th March, will see the finals being played at the SLTA playing section courts with Sri Lanka taking on Syria. Syria, won their tie against Singapore 2-1 this morning to book their spot in the final.

With both teams already qualified for the final qualifying rounds, the final clash will be for bragging rights to winning an Asia/Pacific International leg. The big question is, will Syria dominate as they’ve done before, or can the home team seize the win.

Stay logged on to ThePapare.com to find out, along with photos and latest results of the ongoing 2019 Asia/Oceania Pre-qualifying round of the Junior Davis Cup.