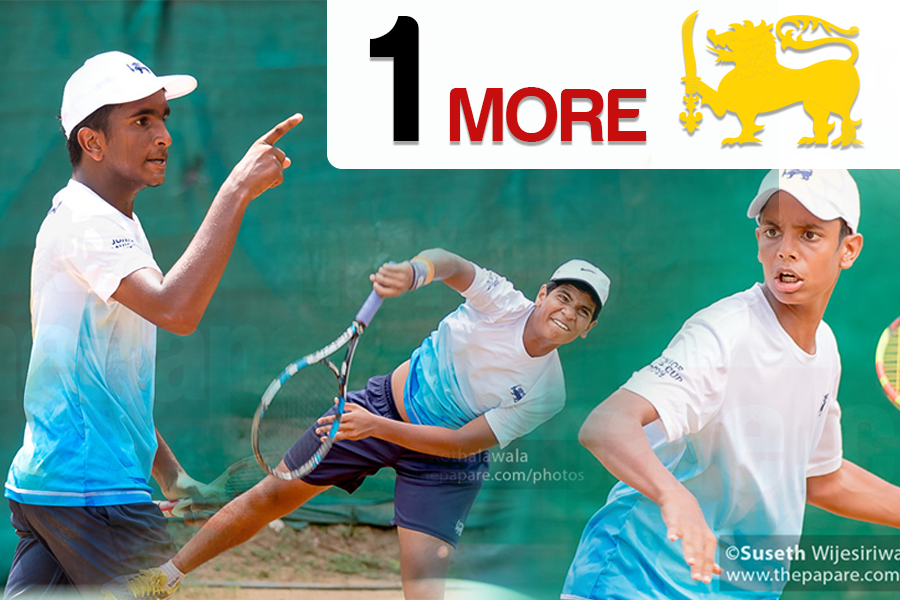 Pooled in with Oman, Bahrain and the mighty Malaysians, Sri Lanka got off to a stellar start in the tournament, beating each nation without much fight back. Topping their respective pool, Sri Lanka went on to the top 8 teams playing the knockouts, meeting Vietnam in their first encounter.

Sri Lanka registered their second outright win in the pre-qualifying round of the Junior Davis Cup 2019, over…

Chathurya Nilaweera, once again manning the 2nd singles started the day off for the Lankan bench with a stunning straight set victory against Vinh Hien Troung of Vietnam. After 90 minutes of play in steaming weather conditions in Colombo, Nilaweera prevailed 7/6 (2), 6/4, putting his team in the lead by lunch.

Thehan Wijemanne was up on the plate next, going up against the strong Nhat Quang Nguyen. After a valiant tie breaker in the first set, Wijemanne’s efforts finally succumbed in the second as the Lankans found themselves 1 match a-piece. Final scores of the 2nd singles read, 7/6 (6), 6/3 in favour of Quang Nguyen.

With nothing but the Doubles left on the table for Sri Lanka to grab, Chathurya Nilaweera and Dhilvan Herath entered the court. For Vietnam, it was Duong Dai Cao teaming up with Vinh Hien Troung, who returned in search of redemption.

Unfortunately for the visitors, little was left for them to take, as the Lankan cubs drove home victory, before the clock struck the hour, with a massive 6/1, 6/1 victory.

After a long day on court, Sri Lanka will breathe out a sigh of relief, having managed to save themselves from elimination. However, they will have their do-or-die battle tomorrow, 8th March, against 3rd seeds, Lebanon.

Lebanon is fresh off a 2-1 win over a strong Pacific Oceania outfit and will definitely be Sri Lanka’s most challenging tie so far. A win here will mean a spot in the final against either Singapore or Syria (winner to be decided tomorrow), and a confirmed qualification to the final-qualifying round of the Asia/Oceania Junior Davis Cup Team Championship.

Stay logged on to ThePapare.com to find out, along with photos and latest results of the ongoing 2019 Asia/Oceania Pre-qualifying round of the Junior Davis Cup.