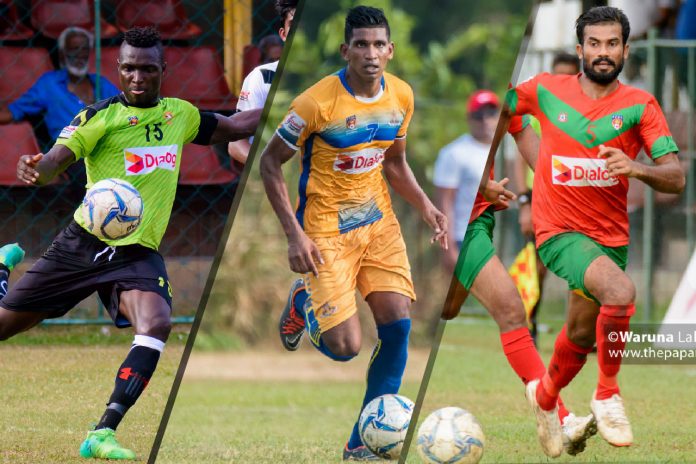 Colombo FC have added three new faces to strengthen their squad for the AFC Cup 2019 qualifiers which begins on 20th February.

Colombo FC will be taking on Transport United from Bhutan in the 1st qualifying round match of the AFC Cup 2019. The 1 st leg will…

The three new loan signings are Dukson Piuslas from New Youngs FC, Iddevu Issac from Matara City and Asikur Rahuman from Defenders FC. The 2018 Dialog Champions League runners-ups have mainly focused on strengthening their defence which has seen multiple injury casualties during the season.

“We had many injuries during the season as the match schedule was packed. We had no time for recover. That is the reason why we had to bring in players to strengthen our defence,” said a disappointed Head Coach of Colombo FC Mohamed Roomy.

The injury casualties are Afeel Mohamed, Rawme Mohideen, Chalana Chameera, Momas Yapo, Mohamed Rifnaz and Siraj Jain. Only recently skipper Mohideen, Jain, Yapo and Chameera recovered sufficiently to feature in some matches but the others are doubtful for the 1st leg clash against Transport United from Bhutan.

“Even the new players we only have a couple days to play together as the Dialog Champions League is finishing two-three days before our match against Transport United,” added Roomy.

About the new additions Roomy had this to say;

“All three are good players. Piuslas is a national cap who has played with most of our guys in the National Team. So, it will be easy for him to fit in. Issac is a strong defender who is good with his passing and long-range efforts and Asikur is a work horse who can play in midfield and in defence and has done really well in the Dialog Champions League this season.”