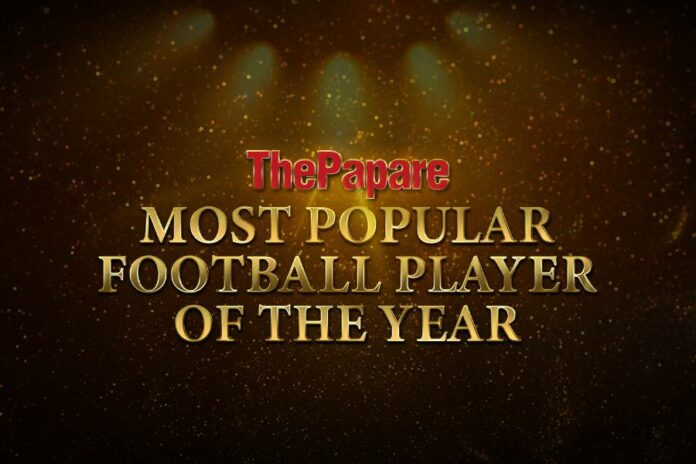 ThePapare.com, Sri Lanka’s No. 1 Sports Hub, is set to take yet another step in its bid to promote Sri Lankan sport, launching ThePapare Most Popular Football Player of the Year 2021.

81 players have been nominated from 17 clubs which competed in the Super League – Pre-Season, Super League 2021 & represented Sri Lanka Senior and U23 National Teams. The nominated 81 players are the ones who fulfilled at least one of the below criteria:

The Second and Final Round of Voting will be a SMS-based vote from the 29th  of January (12 noon) to 8th February (12 noon). After 10 days of SMS voting, the Player with the MOST number of SMS votes will be declared ThePapare Most Popular Football Player of the Year 2021.

Vote for your Favorite Footballer NOW!