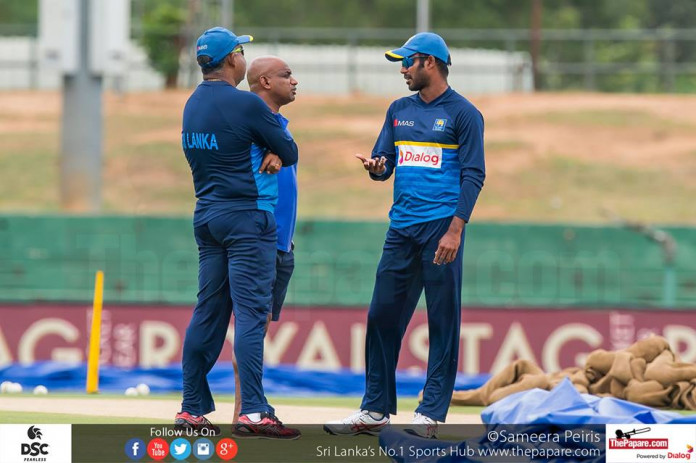 Upul Tharanga, speaking to the press prior to the 1st ODI at the Rangiri Dambulla International Stadium on Sunday, said that the team had discussed their problem with slow over-rates at length and were confident that they would be able to finish their allotted overs on time during the games against India.

Tharanga was banned for two games during the ICC Champions Trophy back in June after he received 2 suspension points for a ‘serious’ over-rate offence. The left-handed batsman was the stand-in skipper for Sri Lanka’s opening game of the championship against South Africa, after regular Skipper Angelo Mathews was sidelined on the eve of the match, due to injury.

On that occasion, Sri Lanka took more than four hours to bowl 50 overs, and match referee David Boon ruled that, despite making time allowances, they were short of the target by four overs.

“We discussed that (the over-rate) at length. Even Angelo had similar problems and he had been warned. I think it’s up to our fielders and especially bowlers. We cannot slow down. In our meetings we discussed how to get things done on time. It’s important to finish off on time and avoid getting banned.” Tharanga said.

With a plethora of spinners at their disposal in the past, Sri Lanka rarely ever had trouble with completing their overs on time, however, since of late, this has been a real issue for the hosts.

With Angelo Mathews having stepped down from captaincy after Sri Lanka’s historic series loss to Zimbabwe last month, this will be Tharanga’s 1st official series in charge of the national team.