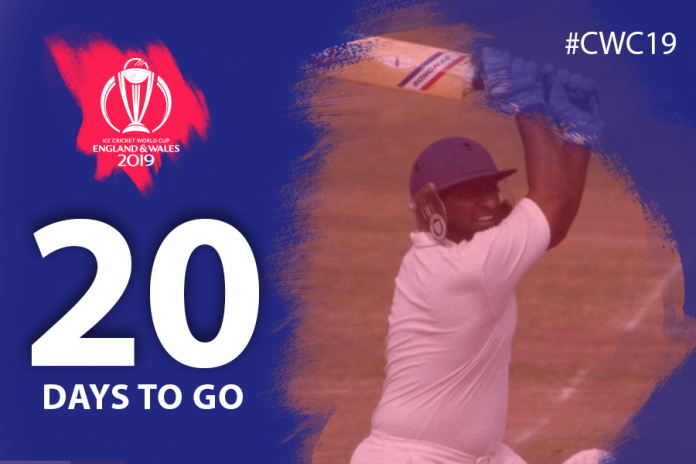 It’s no understatement to say that former Test captain Duleep Mendis’ association with cricket is lifelong. His association with Sri Lankan cricket that began in the early 1970s, stretched to more than 40 years as he served the game in various capacities. Even recently, he was approached by Sri Lanka Cricket to return to Colombo and take over as Manager of the national cricket team. Instead, he opted to remain in Muscat, where he is chasing new dreams with the Omani national team

Mendis has a record which is unique that any other cricketer is unlikely to break. He has been a part of eight consecutive World Cups from the inaugural one in 1975 to the one in South Africa in 2003.

Duleep played in four World Cups from 1975 to 1987. He made an impact in the first two campaigns and captained the side in the last two editions in 1983 and 1987. In fact, the Sri Lankan record for captaining most World Cup games is owned by Duleep, who skippered the country in 12 games.

In the inaugural edition in 1975, Duleep entertained everyone with a cameo of 32 at The Oval before being forced to retire having been hit by a Jeff Thomson bouncer. Four years later, he was Man of the Match when Sri Lanka pulled off a stunner, beating India in Manchester. Duleep made 64 off 57 with one four and three sixes before being run out.

After four World Cups, Duleep retired at the age of 36 in 1989. He was 39 when he went onto coach the national team during the 1992 edition of the tournament in Australia and New Zealand.

Four years later, when the sub-continent hosted the event, he was the boss of Sri Lankan cricket, with the dual roles of Chairman of Selectors and Manager. Mendis had a close rapport with skipper Arjuna Ranatunga and Coach Dav Whatmore.

During ThePapare’s Legends interview, Mendis revealed how tough it was to manage that team as it contained different personalities with entirely different opinions. Managing all these superstars was a skill and Duleep possessed that skill.

Duleep Mendis – “The 87 World cup is one World cup I would like to forget!”

Some of the decisions that he made were not the most popular ones but he had the conviction to make them without trying to please each individual which would have in fact resulted in distractions.

He was still the Manger when Sri Lanka failed to defend the title in England in 1999. After that event, he had moved onto a desk job, getting into the day to  day administration of the game. He was Director Cricket Operations when the authorities felt the need that his services could be better utilized with the national team.

Six months before the 2003 World Cup in South Africa, he was released from his job at Maitland Place and was put in charge as the mentor of the team. His role was to mentor the batsmen and he did a fine job as Sri Lanka reached the semi-final of the tournament.

Being part of eight different World Cups, that too from the inception of the event is no mean achievement. Duleep did a fantastic job at everything he did and that’s why even now Sri Lanka Cricket is chasing him, requesting the former captain to return to base.

His long involvement with the game has helped him to earn many contacts across the globe and various administrations at SLC have taken note of Duleep’s negotiation skills. His loyalty to Sri Lankan cricket is respected by all and sundry. He remains one of the most respected voices of Sri Lankan cricket.