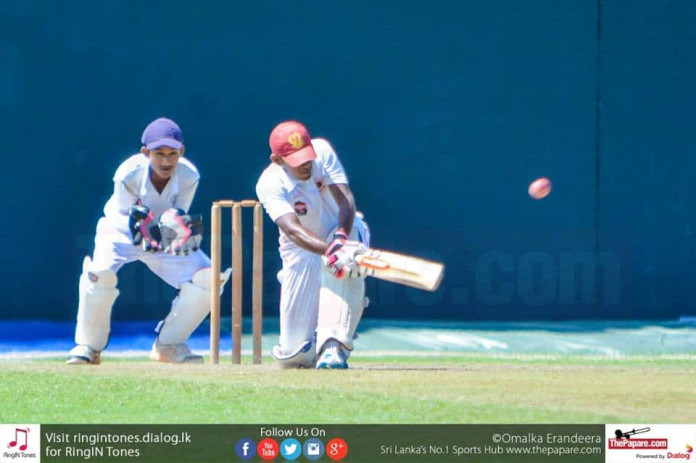 Amidst some very zealous moments and exhilarating action, the Grand Final of the Under 19 Singer Cup Division II tournament between Wesley College, Colombo and St.Mary’s College, Kegalle ended up in a thrilling tie at the Pallekele International Stadium today. The Schools Cricket Association opted to have the final game as a three-day match at a neutral venue.

The Marians won the toss and elected to bat first on a dry, hard track which had better signs to succour the batting team. The openers from Kegalle, Hansaka Dilruksha and Lahiru 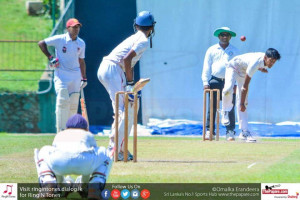 Kalansooriya made their way to the centre to start proceedings for them. Zenith Wickramanayake provided the first breakthrough early on, as Lahiru found Thilina Perera when he attempted to clear the infield. Hansaka went on to score 28 and was dismissed by Wesley skipper Andrew Parais. Wicket-keeper batsman Gajitha Kotuwegoda was caught behind when he was looking to take on the bowlers, scoring a valuable 37 runs. Right-handed Mass Rahim top scored with an aggressive 49 ball 52 that comprised of four boundaries and two towering sixes. Gajitha and Rahim were associated in a fruitful partnership of 53 runs that helped them to accumulate 194 runs for their first innings. Right arm off spinner Shamod Athulathmudali claimed a 5 wicket haul.

Tottering at a stage when 7 wickets fell for a mere 79 runs, the Wesley-ites managed to post a triple figure total of 120 runs which was well short of the score made by their opposition. Hasith Perera was caught behind, guilty of nicking the ball to Gajitha Kotuwegoda for 3 runs. His dismissal was followed by an unfortunate run-out that removed Zenith Wickramanayake from the crease for 25 runs. Yomesh Ranasinghe’s 32 helped them to 120 in their 1st essay. Supun Kumara and Daminda Chandrasiri picked up 3 scalps apiece.

Having a first innings lead of 74 runs, St.Mary’s College repeated the exact total made by their opponents in the second essay. Shamod Athulathmudali sent the openers, Hansaka Dilruksha and Lahiru Kalansooriya, back to the dressing room cheaply. It was the name of the Wesley captain, Andrew Parais which appeared all over the batting card of the Marians. He went on to capture 6 key wickets, which were precious in restricting the lads from Kegalle to an inexpensive 120 runs. Again it was Mass Rahim (37) who got an appreciable knock that helped his team build up their innings. Supun Kumara chipped in with 45 while Shamod and Parais finished their bowling registering 9 wicket hauls for themselves.

Chasing a target of 195 runs for victory, the boys from Colombo had to disappointingly end their essay just a single run short of 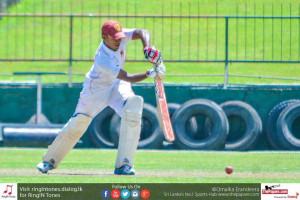 the total. The openers; Zenith and Yomesh were unable to propel them to a decent start but the middle and late order batters collectively managed to get them close to the target. Athulathmudali hammered 43 and paired up with Andrew Parais and Helith Bambaranda to build up a couple of worthwhile partnerships of 44 runs for the 5th and 6th wickets. Tail-ender, Hasith Perera remained unbeaten on 32 when left-arm spinner Supun Kumara ruined the winning expectations of the Wesley-ites by claiming the wicket of Charith De Silva for a golden-duck. Lasith Udage and Ashan Senadeera shared 6 wickets between them.