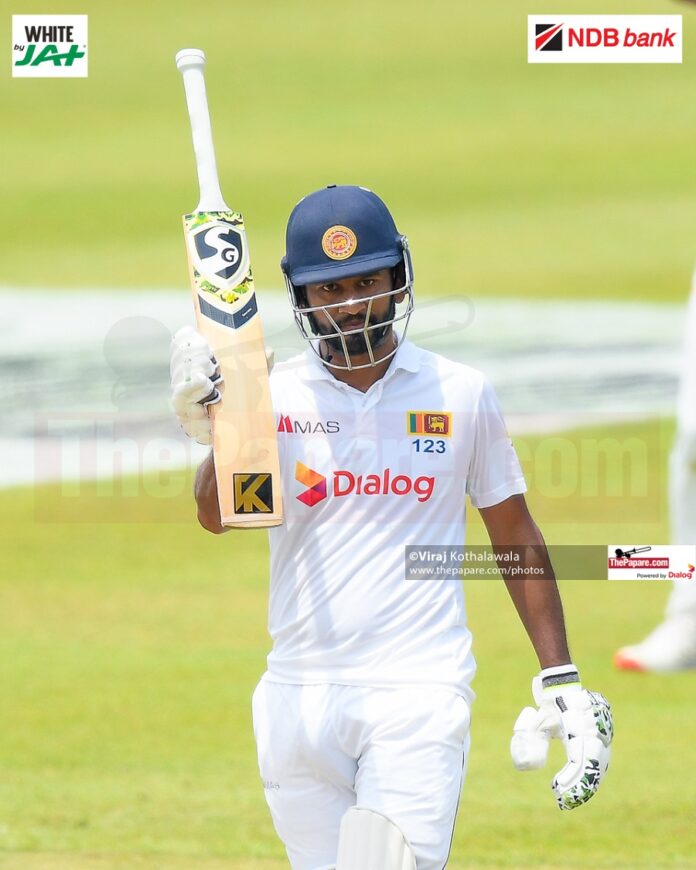 Sri Lanka captain Dimuth Karunaratne has closed in on a top-10 spot in the MRF Tyres ICC Men’s Test Player Rankings after a successful second Test against Bangladesh in Kandy which his side won by 209 runs to clinch the two-match series 1-0.

The opening batsman struck 118 and 66, moving up four slots to 11th position in the list led by New Zealand captain Kane Williamson. Karunaratne’s career-best ranking is sixth, attained in August 2019. He is the top-ranked Test batsman from Sri Lanka with Angelo Mathews next in the list in 24th position.

Niroshan Dickwella (up four places to 31st), Oshada Fernando (up 10 places to 58th) and Lahiru Thirimanne (up 13 places to 60th) are the other Sri Lanka batsmen to advance while left-arm spinner Praveen Jayawickrama’s player of the match haul of 11 for 178, the best figures by a Sri Lankan on Test debut, sees him enter the rankings in 48th position.

Bangladesh opener Tamim Iqbal’s knocks of 92 and 24 have helped him gain three places to reach 27th position while Mushfiqur Rahim and captain Mominul Haque have inched up a slot each to reach 21st and 30th positions, respectively, in the latest men’s weekly update that includes the first Test between Zimbabwe and Pakistan.

The first bowler to take twin five-wicket hauls on Test debut in 33 years.

Pakistan fast bowler Hasan Ali’s haul of nine for 89 in the first Test against Zimbabwe in Harare not only won him the player of the match award for starring in the innings victory but also enabled him to gain 15 slots and reach a career-best 20th position among bowlers.

Left-arm fast bowler Shaheen Afridi (up two places to 31st) and left-arm spinner Nauman Ali (up 12 places to 54th) have also advanced in the list for bowlers while left-handed batsman Fawad Alam continues his fine run, moving up 31 places to a career-best 47th position after scoring 140, his fourth century in 10 Test matches. Abid Ali is up six places to 78th position.