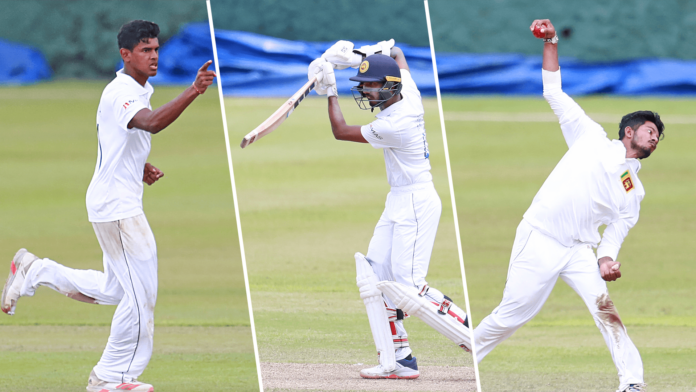 Three uncapped players have reportedly been added to the Sri Lanka squad which will face the touring West Indies team in two Tests, the first of which will commence on the 21st of November in Galle.

Wicket-keeper batter Kamil Mishara, leg-spinner Suminda Lakshan and pacie Chamika Gunasekara have been included to the squad of 22, which also features veterans Dimuth Karunaratne, Suranga Lakmal and Angelo Mathews, who will have their 1st taste of international cricket in 6 months.

20-year-old Mishara has been impressive during his short domestic career thus far and has made it into the national set-up on the back of a couple of impressive knocks for Sri Lanka A against the Pakistan Shaheens (Pakistan A) in two unofficial Tests played earlier this month.

Both Lakshan and Gunasekara also featured for Sri Lanka A during the same series, with the latter registering impressive figures of 6/83 in the 2nd game.

Another welcome addition to the side will be Lasith Embuldeniya, who did not feature in Sri Lanka’s last Test series, due to an injury he suffered in the 2nd Test of Sri Lanka’s tour of West Indies in April.

With the Galle track likely to aid the spinners, it will be interesting to see how Sri Lanka’s bowling lines up, with Praveen Jayawickrama, Ramesh Mendis and Lakshan Sandakan the other two spinners in the squad alongside Lakshan and Embuldeniya.

Wanindu Hasaranga, Niroshan Dickwella, Dilshan Madushanka, Dasun Shanaka and Lahiru Thirimanne, who featured in the squad that faced Bangladesh earlier this year, have been left out of the squad for various reasons.

Sri Lanka Squad for the 2-Test series against the West Indies is as follows: