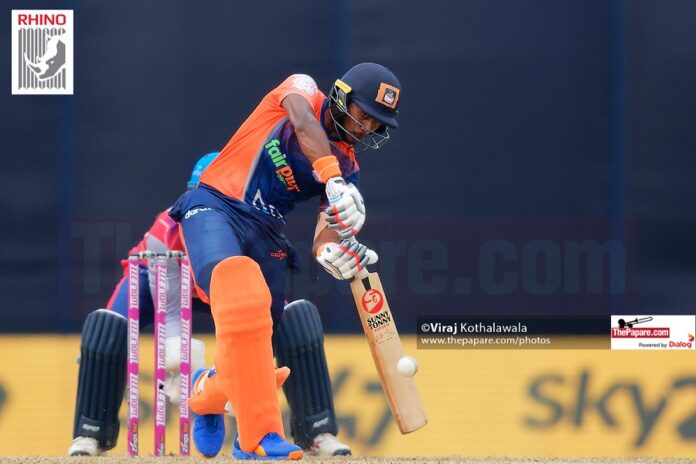 Having won the toss, Team Samuels invited the opposition to take the first lease of the wicket. Team Triggs suffered a major setback early in the innings as they lost the opening batter and skipper Charith Asalanka for no runs in the very first over of the innings.

It was a massive blow for Team Triggs as no other player in the team managed to put up a substantial score on the board and was restricted for 121 runs in 19.3 overs. Avindu Theekshana was the star with the ball for Team Samuels as he bagged 3 scalps for 17 runs.

Chasing a modest score of 122 to win, Team Samuels got off to a strong start thanks to the opening batter Bhanuka Manohara, the leading run-scorer of the tournament, who scored a brisk knock of 49 runs off 36 balls with 6 fours and 2 sixes.

The number three batter Sri Lanka capped Kamindu Mendis bettered him with a blistering knock of unbeaten 45 runs off 25 balls with 5 sixes guiding Team Samuels to a comprehensive win.

National Cricketers Charith Asalanka, Kamindu Mendis and Dhananjaya Lakshan who were past pupils of Richmond College participated in the competition. Another Richmondite Wanindu Hasaranga couldn’t play in the tournament as he is recovering from an injury suffered during the recently concluded Lanka Premier League.