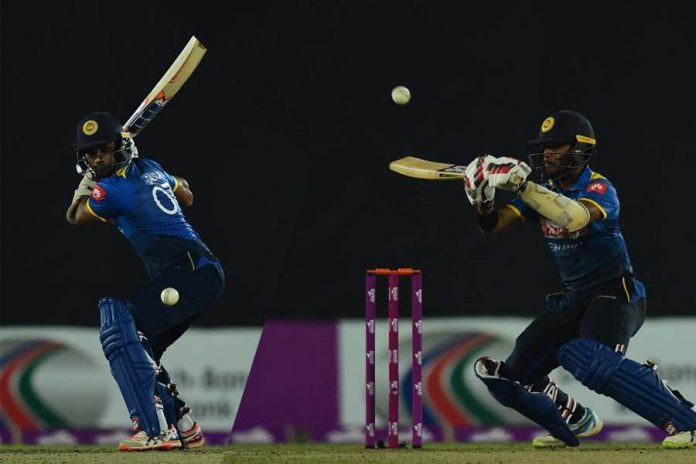 An unbeaten 42 for Dasun Shanaka and a classy 53 from Kusal Mendis helped Sri Lanka chase down a record 194 in the 1st T20I against Sri Lanka and Bangladesh in Mirpur, with 6 wickets in hand.


The visitor’s total of 194 is now the highest for Sri Lanka in a successful run chase in T20Is and also the highest target achieved in a T20I in Bangladesh.

Winning the toss and batting first, Bangladesh managed a record total of 193 on the back of some excellent batting from Soumya Sarkar, Mushfiqur Rahim and Mahmudullah Riyad. However, the seemingly mammoth total turned out to be well below par as Sri Lanka managed to get home with 3.2 overs to spare. 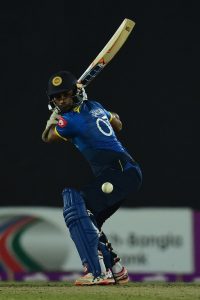 Dasun Shanaka was the man to turn the game in Sri Lanka’s favour, sent up the order to number 4 and coming in to bat at 90/2 in the 8th over. Sri Lanka lost both Kusal Mendis and Upul Tharanga in quick succession after Danushka Gunathilake and Mendis had got Sri Lanka off to a flier in the powerplay. Shanaka slammed two sixes off Mahmudullah’s 2nd over to get going as the 10th and 11th over went for 30 runs. It turned out to be the catalyst to Sri Lanka’s chase as the right hander kept going despite losing Dickwella on the other hand. Shanaka was joined by Thisara Perera, who continued his good from the ODI tri-series slammed 39 off 18 to add the finishing touches to the game. The pair added 65 runs in 5 overs with none of the Bangladeshi bowlers able to keep things quiet for the hosts. Shanaka’s 42 in came in 24 deliveries and included 3 fours and 3 sixes while Perera’s cameo included 4 fours and 3 sixes.

The foundation for the chase was given by the elegant Gunathilake and Mendis, who 53 in the 1st 5 overs. Man of the Match Mendis made 53 in just 27 deliveries, carving out 8 fours and 2 sixes. 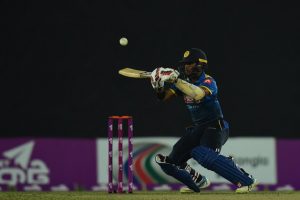 Earlier in the game, Sarkar, making his return for the Tigers, got them off to an excellent start and it was perhaps his dismissal that slowed down the hosts, who looked well on their way to a 200+ score at one point. Sarkar, attempting a switch hit, was hot on his back pad and given out LBW off the bowling of Jeewan Mendis. Replays showed the ball to have been pitching outside the leg stump but with no reviews available, Sarkar had to make the long walk back to the pavilion. Mendis marked his comeback to the international scene, nearly 5 years since he last played for Sri Lanka, with the wicket of Sarkar off his 1st delivery and then dismissed debutant Afif Hossain 2 deliveries later; he finished with figures of 2/21 in his 3 overs. Bangladesh looked good to go beyond 200 but Sri Lanka did well to pull them back.

The teams will now move to Sylhet for the 2nd and final T20I on Sunday 18th of February. 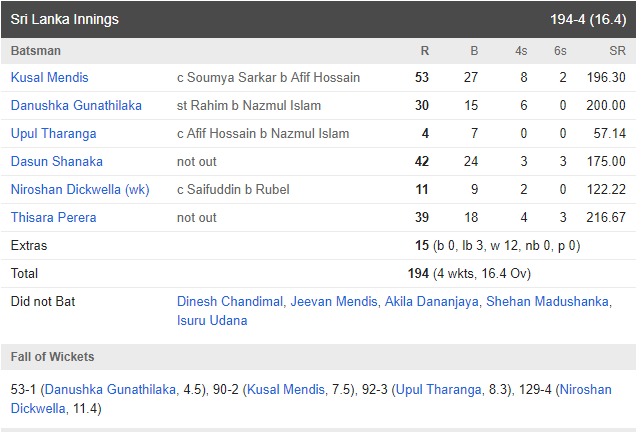 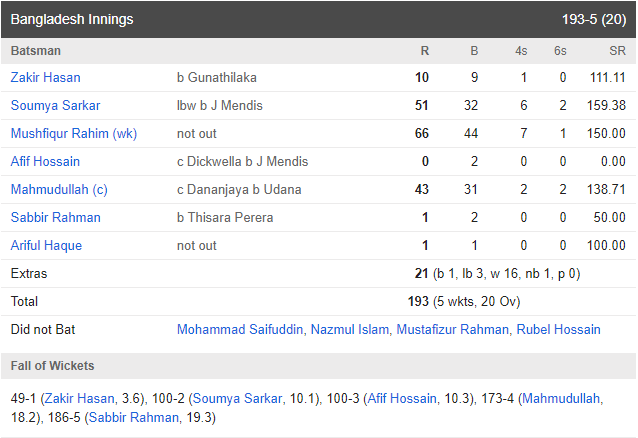