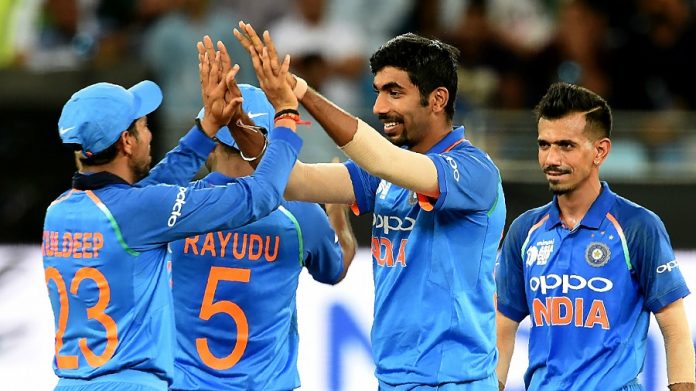 The Board of Control for Cricket in India (BCCI) and Cricket Australia (CA) have announced the schedule for India’s limited-overs series against Australia at home, comprising two Twenty20 Internationals and five one-day internationals.

The series will be played from 24 February to 13 March 2019 with the T20Is scheduled first, followed by the ODIs.

The two-match T20I series kicks off at the M Chinnaswamy Stadium, Bengaluru, on 24 February and the second and final T20 match will be played at the ADA-VDCA Stadium in Visakhapatnam on 27 February.

“Pujara has been really outstanding” – India legend @sachin_rt is all praise for the “instrumental” No.3 batsman.

The ODI series begins on 2 March with the first game in Hyderabad, followed by matches in Nagpur (5 March), Ranchi (8 March), Mohali (10 March) and Delhi (13 March).

“I hadn’t got any runs” – Aaron Finch opens up on his axing from Australia’s Test side.

This series will most likely be the last India will play before the ICC Cricket World Cup 2019 as the Indian Premier League 2019 is slated to begin a mere 10 days after the final ODI, from 23 March. It will run through April and conclude by mid-May.