Home Cricket National Cricket Can Sri Lanka save face and square the series? 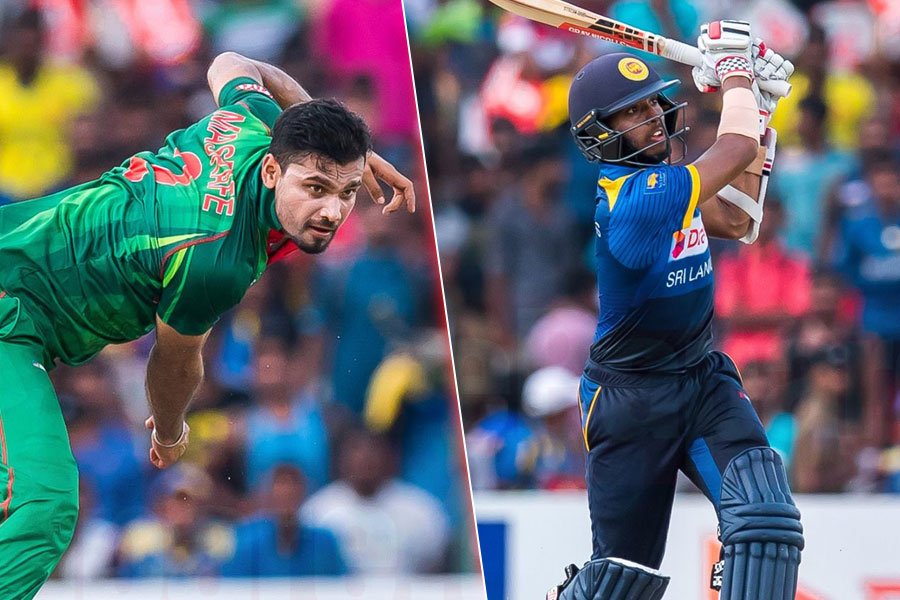 The third and final ODI of the 3 match series between Sri Lanka and Bangladesh will take place at the SSC grounds on the 1st of April with Sri Lanka having to do all the work after losing the 1st ODI and the 2nd game being washed out in Dambulla.

After being outplayed completely in the 1st game, the hosts made an admirable comeback with the bat in the 2nd ODI before rain spoiled what was building up to be an exciting encounter.

On Tuesday the Sri Lankan batsmen put together one of their better performances in recent times to post 311 batting 1st in Dambulla with Kusal Mendis making his maiden ODI century. Upul Tharanga looked good for a big one but a clumsy piece of running saw him caught short of his crease for 65. Asela Gunaratne and Milinda Siriwardene too showed signs of being in some good touch so all in all, the batting looked to be in good stead, particularly when compared to Sri Lanka’s performance in the 1st ODI.

Dhanushka Gunathilake, who got the chance to open the innings as a result of Niroshan Dickwella being ruled out at the last minute due to injury, looked to be in good touch but squandered the opportunity by playing a rash shot across the line. However, he will most likely be afforded another game as Kusal Janith Perera, who was expected to make a comeback for the final game, has not recovered from the hamstring injury he sustained during the practice game on the 22nd of March.

Apart from this, the hosts are expected to go with the same line-up, with a slight chance that one of the fast bowlers will make way for an extra spinner; perhaps chinaman Lakshan Sandakan.

Bangladesh were a little off colour in the field on Tuesday, with a few mis-fields creeping into their game in the 2nd ODI after a near perfect performance in the 1st game. Mustafizur Rahman is certainly someone who will have to pull his socks up after a relatively ordinary performance, by his standards, on Tuesday. However, despite this, the visitors will not look to change up a set-up that has proven to be successful in the past.

Despite picking up a hat-trick, Taskin Ahamed too went for a few runs and the visitors will looks to tighten up their lines at the SSC.

There has been some rain in and around Colombo and there certainly is a chance of some showers on Saturday.

The SSC will be hosting an ODI after 6 long years, the last game between Sri Lanka and West Indies in 2011.  Of the 59 ODIs played at the SSC, 22 games have been won by the team batting first with the team chasing having won 30 games (7 games have finished with no result).

After having hosted a few schools limited overs encounters, all signs suggest that the pitch will be a good batting track that is expected to produce plenty of runs.