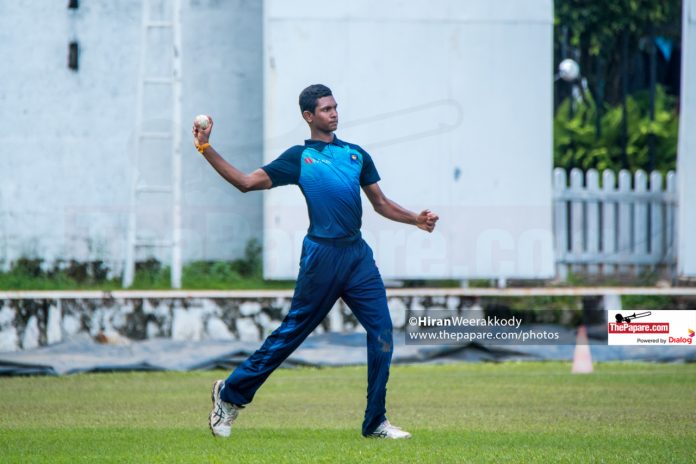 Sri Lanka under-19 squad for the Bangladesh series which will be held from 26th October in Bangladesh has been announced by Sri Lanka Cricket with the approval of Minister of Telecommunication, Foreign Employment and Sports Honorable Harin Fernando.

There will be two squads with a few changes as the tour will include 5 Youth ODIs and 2 Four-day games. Both squads will be led by the all-rounder Nipuna Dananjaya from St. Joseph’s Vaz College who also led Sri Lanka U19s in the recently concluded Youth Asia Cup.

There are 3 changes in the One-day squad from the bunch who played in the youth Asia Cup. Wicket Keeper batsman Chihan Kalindu from Matara Servatius’ College, left arm spinner DilumSudheera (Richmond College) and all-rounder Sonal Dinusha (Mahanama College) has been added to the squad in the places of Ahan Wickramasinghe, Kamil Mishara and Ashian Daniel who have been dropped from the squad due to disciplinary issues.

In the Test squad, the selectors have made as many as 9 changes to the previous squad who won the series against Australia U19s 1-0 in January 2019.

Interestingly, Nalanda Skipper Avishka Perera and Matheesha Pathirana who made waves on social media recently with Malinga-like slinging bowling have received their maiden national U19 call-ups.

After not making the finals of Asia Cup 2019, this series will be a crucial tour for the Nipun Dananjaya led Sri Lanka youth cricketers as a much-needed preparatory series for the upcoming U19 World Cup which will be held in South Africa in January 2020.