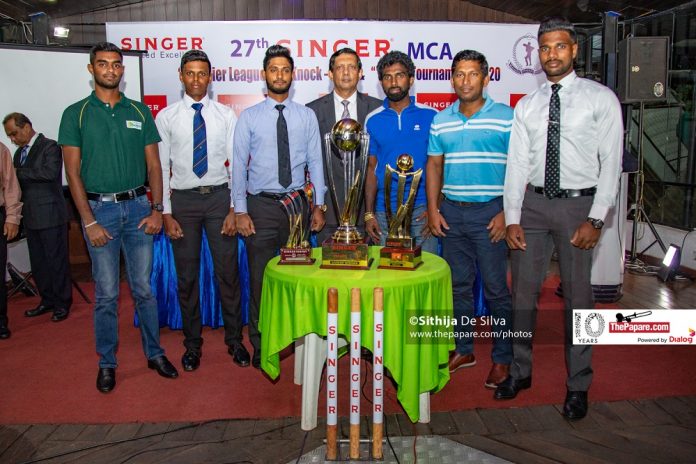 One of island’s most competitive domestic one-day tournaments, the Singer-MCA Premier League is set to commence on 13th October 2019 in its 27th edition.

This time, the tournament will be competed among only 7 teams which is a decrease in the participating teams from last year where 10 teams battled it out for the championship.

The “League” stage of the tournament will be conducted on a single group round-robin basis, consisting 21 matches that will take place from the 13th to the 30th of October 2019. The venues are scheduled to be MCA, P Sara Oval, Marians Cricket Ground, Colombo Colts, BRC & SSC. The “Knock-out” stage, with the same 07 teams will follow, consisting of 6 matches from the 2nd to 23rd November 2019.

The T20 leg of the tournament which is a 6-team event will be competed in two groups and will be played on a round robin format from 25th November to 30th November.

The specialty of this year is the inclusion of a Sri Lanka Cricket Under-19 Team, as a preparation for the upcoming U19 World Cup in January in South Africa. Sri Lanka Cricket has confirmed the participation of their U-19 team in the “League” and “Knock-Out” tournaments only and not in the T20.

The 7 confirmed teams are as follows: