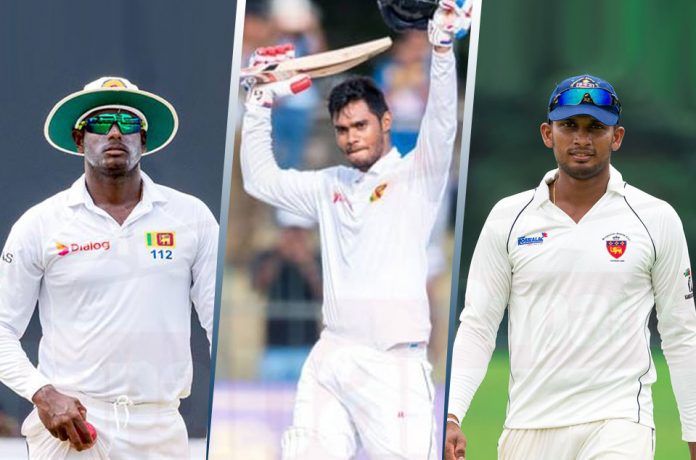 Sri Lanka Cricket (SLC) announced a 15-man squad for the forthcoming three-match Test series against India which starts on 16th November in Kolkata.

Right-handed batsman Dhananjaya De Silva and fast-bowling all-rounder Dasun Shanaka have been recalled to the Test squad after their impressive performances with the ‘A’ team in West Indies.

Opening batsman Kaushal Silva and young batsman Kusal Mendis who featured in both the matches against Pakistan in the UAE have been dropped along with fast-bowler Nuwan Pradeep.

Sri Lanka were whitewashed by India 3-0 at home in August, but registered a stunning 2-0 win over Pakistan in the UAE to become first nation to beat Pakistan in their adopted home.

Meanwhile, both Asela Gunarathne and Kusal Janith Perera who have recovered from their injuries have not been selected due to lack of match practice, even though they have passed their respective fitness tests.

Former captain Angelo Mathews who missed the Pakistan series due to a calf injury returns to the side and will bolster the Lankan middle order. With opener Kaushal Silva left out of the side, it provides an opportunity for young Sadeera Samarawickrama to cement his place in the side as an opening batsman.

Middle order batsman Roshen Silva and seamer Vishwa Fernando who did not feature in the Tests in the UAE retains their place.

Sri Lanka will begin their tour with a three-day warm-up game with the Indian Board XI at Eden Gardens in Calcutta. The first Test will also be played at the iconic venue, the world’s second biggest stadium. Then the tourists will move to Nagpur and Delhi for the remaining two games.

The squad will depart the island on 8th November. Sri Lanka have never won a Test match in India. Their last tour to India was in 2009 for a three Test series which they lost 2-0.