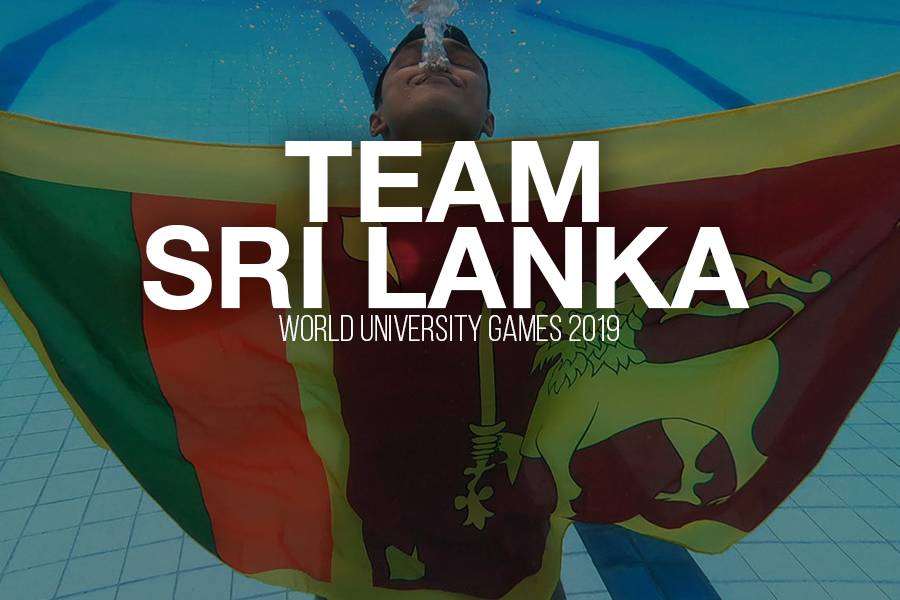 Eight top swimmers from all parts of the island have been locked down to represent Sri Lanka at the Napoli 2019 – 30th Summer Universiade set to be held in Napoli Italy from the 3rd to 19th July.

This year’s team is well poised with experienced national talent combined with fresh faces with lots to prove.

Kalana Sachinthana Wickramarachchi will lead the men this year while Nidheesha Ellawala take charge of the women, for this tour.

Kalana Sachinthana is by far the most experienced campaigner on the tour this year. The 24-year old has represented Sri Lanka in many international events, including the Asian Age Group Championship and the Asian Aquatic Championship.

He has one previous appearance at the University Games, back in 2017 at the 29th Summer Universaide in Chinese Taipei. He registered multiple records and gold medal finishes at the 2017 games in the 50m Backstroke as well as the 100m Freestyle along with many other 1st place finishes.

Making her debut to the Sri Lankan team and the World University Games, Kavishani is a proud product of Dharmasoka College, Ambalangoda. She has won 1st place in the 50m Fly, 2nd place in the 100m Freestyle and 3rd in the 50m Breaststroke at All Island Swimming Championships.

At the trials she finished first in the 50m Breaststroke; Her goal is to finish in the top 8 of her pet events in her maiden stint at the event.

Read Also : Lankan swimmers on the hunt for qualification

He will be swimming the 200m freestyle at this year’s and will eagerly hope to achieve his personal best and make the semifinals of the event.

Packing a timing of 29.23 seconds in the 50m Backstroke, Amila Fernando will compete in his first World University Games this year. Hailing from Joseph Vaz, Fernando has impressive stats in the local National Age Group events, placing first in multiple events including his pet event the 50m Back.

He hopes to achieve his personal best at the Games and make an impactful debut to the Games.

A national record holder, Akshaya Kumarajeewa will partake in his first World University Games, in Italy. A proud product of St. Joseph’s College, Kumarajeewa holds the National Record in the 200m Breaststroke event. He has ample experience in the international scene, having toured to the Junior World Championship, Asian Swimming Championship and at the Asian Age Group Swimming Championship.

He will be a top contender for the South Asian Games that’s scheduled to take place later this year as well.

“I want to make sure it’ll be the best performance in my career so far and hopefully I’ll get to break the national record again. It’s not just about winning medals it’s about making myself better” said Kumarajewa, looking ahead at the event.

She represented Sri Lanka at the 2010 Chulabhorn Aquatic Championship in 2010 as well as the Summer Universiade in 2017. She will swim the 50m Backstroke at this year’s games with hopes of improvement.

She will be swimming the 50m Freestyle and the 100m Freestyle at this year’s Games and will hope to do her best while gaining exposure. 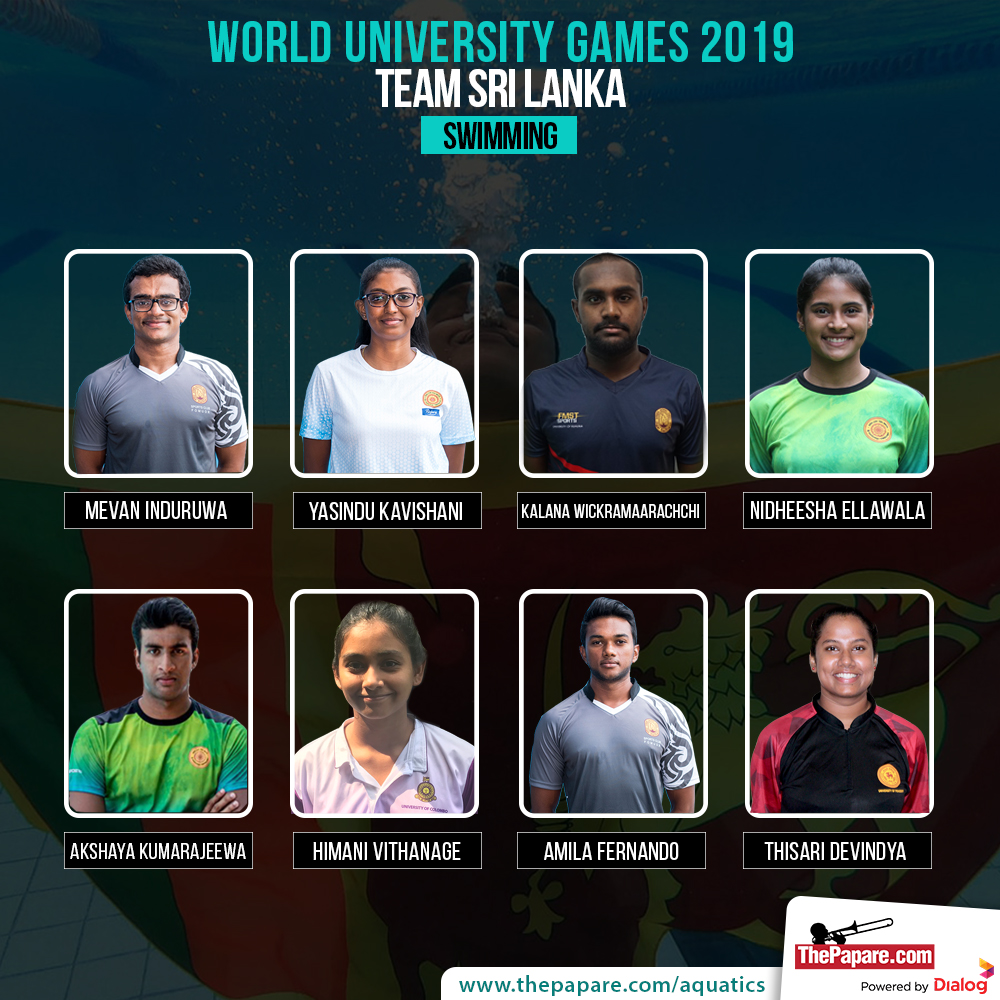 Thisari Karunathilake will be the 8th and final member of this year’s team. She grabbed a few 1st place wins at the 2009 India-Sri Lanka Swimming Meet, including the 4x50m Freestyle Relay, 4×50 Medley Relay, 50m Breaststroke and the 100m Individual Medley. She also participated in the Trination Swimming Championship in 2006 and won Silver in the Medley Relay.

She also has an impressive record at the Sri Lanka Schools Swimming Championship as well as the All Island School Games with multiple Gold medals to her name.

The Napoli 2019 World University Games will commence on the 3rd July and will see events through to the 14th July. The Swimming events will kick start on the 2nd day of the event. Stay logged on to ThePapare.com for updates and results on Sri Lanka’s journey through the Games!