Home Aquatics Swimming Lankan swimmers on the hunt for qualification 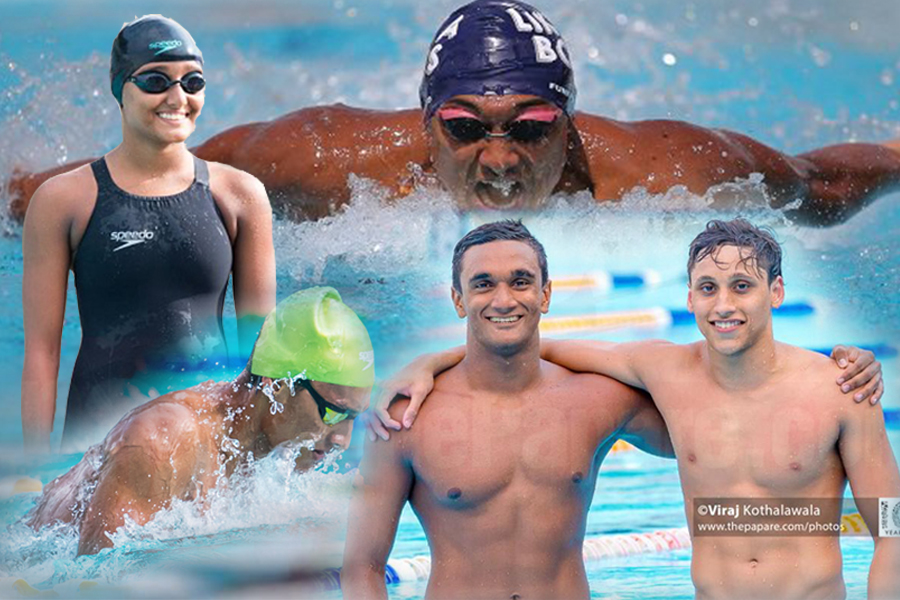 The annual tournament has been graced by some of the country’s Lions and Lionesses in the past and this year in particular will see some new faces in the mix. While Commonwealth and Asian Games represents Akalanka Peiris and Cherantha De Silva will be returning to Singapore to earn qualification for the upcoming 18th FINA World Aquatics Championships, many others have different goals to swim for.

Sri Lanka’s star in the modern era, Matthew Abeysinghe will be exempt from having to go through the hurdles as his existing points will safely place him in the Championship. However, his younger brother Kyle will be sitting out due to a previous injury, rendering him unfit to swim.

Cherantha De Silva will be returning to Singapore from the Thanyapura Training Centre in Phuketh, Thailand where he is permanently stationed on a professional swimming scholarship.

There will be a few more first-time contestants in the tournament, who’ve confirmed their participation up to date. The list includes Visakhian powerhouses Ramudi Samarakoon and Ganga Seneviratne along with National record holder Dilrukshi Perera of Mahamaya College, Kandy.

Another strong force from St. Peter’s College, who holds multiple national records, Akalanka Peiris will also hoping to rack up points for an entry to the FINA World Championships, in his pet events. 2018 Asian Games represent Kavindra Nugawela will also be competing for points.

Brothers Dhinal and Kavin Weerasinghe from Killer Whale Aquatics will make their debut appearance in Singapore along with Sandhu Savidi, Akeleshwar Premanadan and Revan Senaratne.

Stay logged onto ThePapare.com for all updates and news on the Neo Garden 15th Singapore National Swimming Championship 2019!