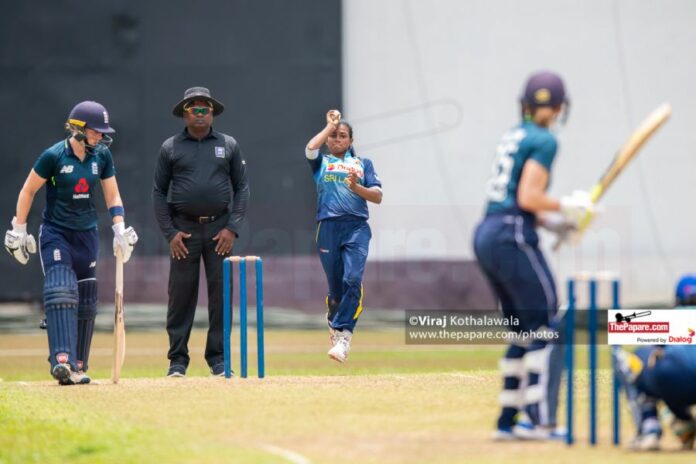 Chamari Atapattu will lead a 17-member squad to Zimbabwe for the ICC Women’s World Cup Qualifiers set to begin on the 21st of November.

The squad will feature a number of relatively new faces, including Vishmi Gunaratne, who caught the eye of the selectors after a whirlwind century against Atapattu’s Chilaw Marians side earlier this year. The 16-year-old is the youngest member of the squad.

Sri Lanka has not played any international cricket since the Women’s T20 World Cup in March 2020, with their last ODI coming back in October 2019.

A last-minute proposal to play Pakistan in Pakistan has fallen through, reportedly due to logistical issues on the PCB’s end, leaving Sri Lanka will no option but to go into the qualifiers with just intra-squad practice games under their belt.

Despite the disappointment of not being able to get any international series scheduled, Coach Hashan Thilakaratne is confident that Sri Lanka will be able to finish among the top 3 at the qualifiers and make their way to the World Cup in March 2022, in New Zealand.

Speaking to Daily FT, he said, “There is a little bit of fine tuning to be done in the coming weeks but the way the players have improved and the way they are playing I am sure we can finish within the first three and qualify for the World Cup,”

Sri Lanka were hopeful that they would be able to travel to Pakistan for 3 ODIs after England pulled out of their Men’s and Women’s tour. With that series falling through, Sri Lanka Cricket is hoping to organize a 50-over tournament with two other local sides, failing which they will have to make-do with intra-squad games.