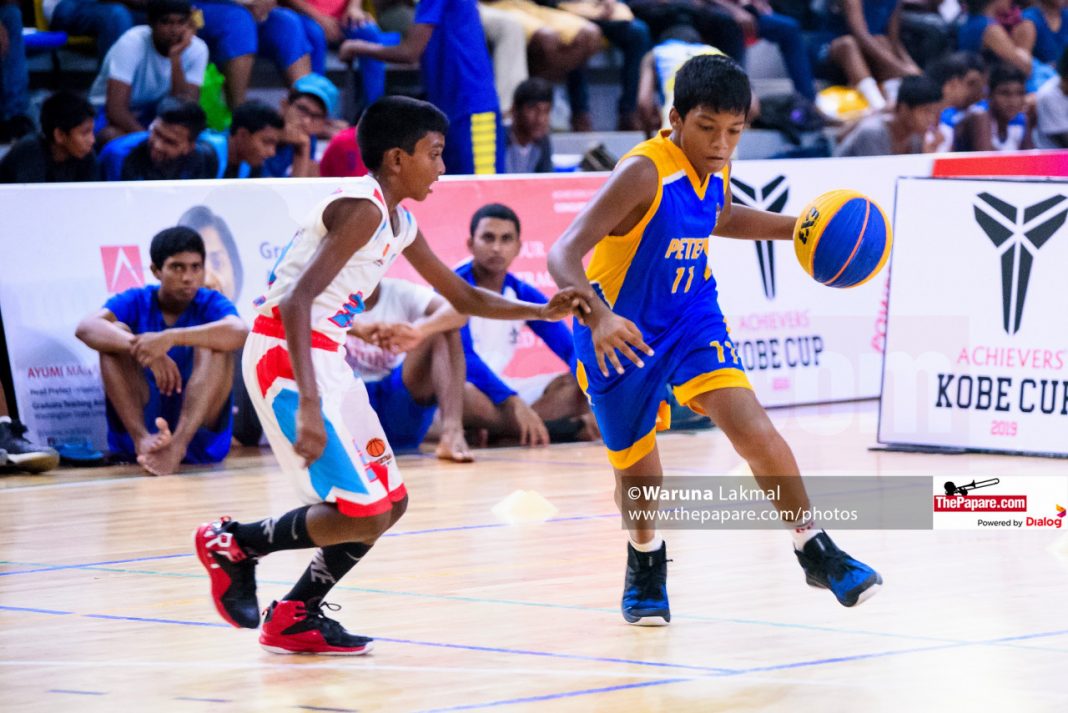 Kobe Cup Junior 2019, operated from U14-U16 age groups in both girls’ and boys’ categories. Kobe Cup will act as the selection platform for the U18 3×3 national pool from where teams will be selected to participate in international tournaments.

100 plus teams registered for this years’ Kobe Cup. The massive number of registrations was identified as a prime growth in the sport in comparison to the 64 teams that took part the previous year.

The semi-finals of the U16 boys’ category was dominated by St. Peter`s College and Gateway College. The girls’ category was won by Colombo International School and Good Shepherd Convent.

In the U18 girls’ category, St. Joseph`s Girls’ School beat Good Shepherd Convent in the first semi-final, 10-01. Heats went on to beat Colombo International School in the second, 09-02.

With the completion of the initial stage of the tournament, the selectors will pick 32 players from both the girls’ and boys’ category for the second stage.

The final 32 players will be drafted into four all-star teams; Colombo Celtics, Colombo Warriors, Colombo Lakers and Colombo Rockets. At the final All-Star clash, the final squads to represent the island nation will be selected.