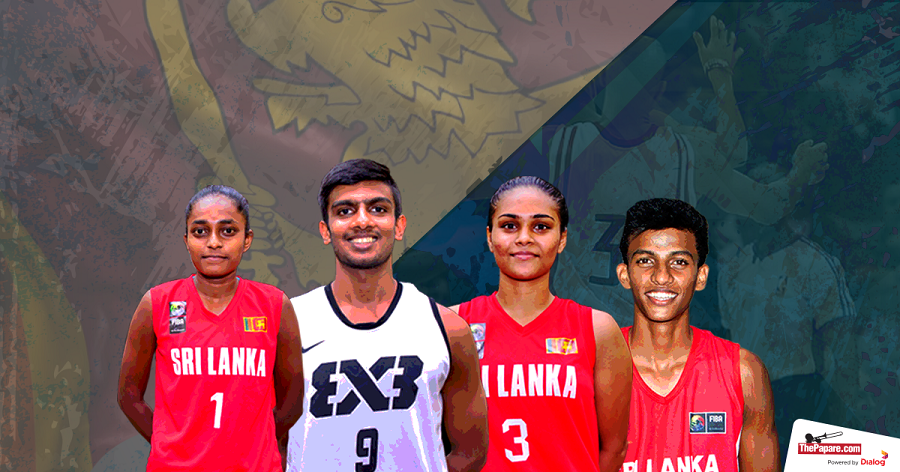 Sri Lanka has qualified to play in the U18 3×3 World Cup and the 3×3 Asia Cup 2019. Another feat achieved by the pearl of the Indian Ocean. How do we sustain this upward momentum? The Sri Lanka Basketball Federation (SLBF) has come up with this ingenious answer.

3×3 Basketball in Sri Lanka has been, is, and will be the bomb. Period.

For a nation which is in the process of climbing the ladder towards greatness, the 3×3 format of the game has been performing incredibly well, in both the boys’ and girls’ categories.

Sri Lanka beating Japan and Egypt for the first time in the history of the game, qualifying for the knock-out stages of the Asian Championships, participating in the 2018 Youth Olympics, are some of the key accomplishments achieved over a short period of time since the sport was introduced to the country.

FIBA 3×3 is a tricky format. The eligibility of a country to participate at the World stage is determined by the federation ranking points.

Federation ranking explained by FIBA in their official website:

If a country is on par with the federation ranking points, the chances of them being able to participate in Sub-continental, Continental and World championships proliferate. Sri Lanka, in 2019, has already qualified for the U18 3×3 World Cup and the 3×3 Asian Cup.

Two of the focal concerns are how to sustain the federation rankings by conducting adequate tournaments and how the top 100 players can gain extra experience to help them compete internationally.

As the solution, the SLBF has introduced the 3×3 Open Pick Up Games, something that will address both key concerns.

The tournament will be played through the year, with the involvement of the top 100 players of the country. This elite group of 3×3 basketballers, will have to participate in the tournament to improve on their individual rankings, which in turn will help the SLBF climb up the FIBA 3×3 rankings. This will allow Sri Lanka to qualify for more world-stage matches, making it a win-win for everyone involved.

3×3 Open Pick Up Games, explained in the official press release by SLBF:

ThePapare.com spoke to the President of the Sri Lanka Basketball Coaches Association, Mr. Ajith Kuruppu, who brought the concept to life,

“We will run this tournament for the entire year. We were looking at a way to increase our federation ranking and also give exposure to the players to make them better.

Similar to Sri Lanka, Australia Basketball has its own league. With the inception of the league, the Aussies have been performing well on the world stage, finishing within the top five in nearly every championship they’ve participated in.

The concept will benefit Sri Lanka on two fronts. Firstly, it will increase Sri Lanka`s federation points and the country’s rank will continue to rise. Secondly, the tournament will help unearth more talent outside the top 100 and nurture the top 100 talent pool too. This will help Sri Lanka become one of the top-notch 3×3 nations.

Whilst we commend the administration of Sri Lanka Basketball Federation on this effort, we also hope that the players would put in the work to better themselves, to represent Sri Lanka internationally.

Sri Lanka Basketball did have some lapses in the system but now, they seem to be waking up and sprucing-up their act. As Sri Lanka’s No 1 Sports Hub, ThePapare.com endorses this project fully. Our call is to the Top 100 players, over to you!