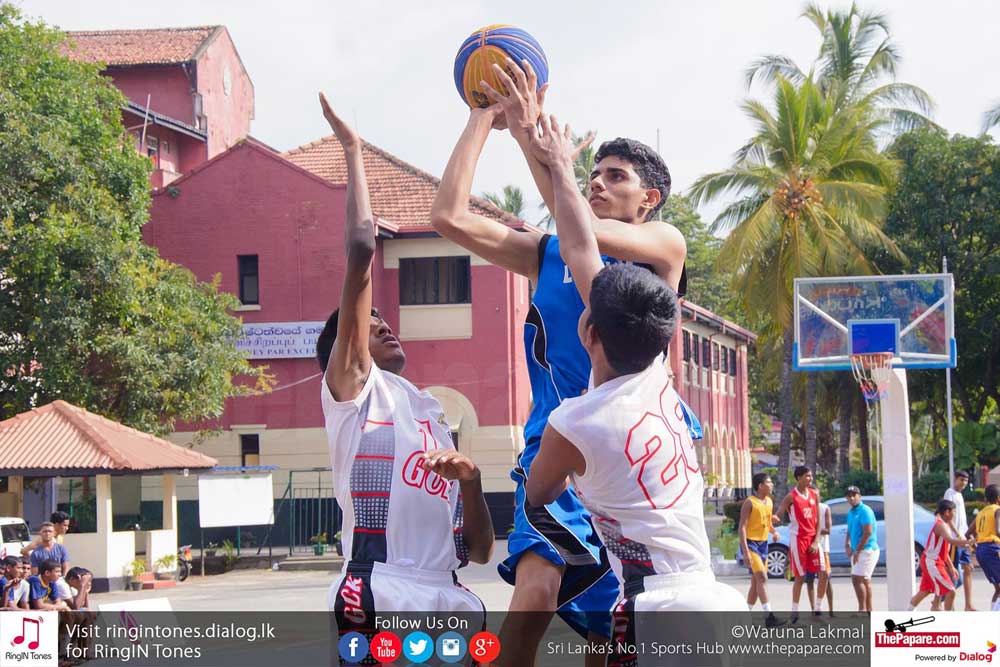 Kobe Cup 2019, organized and sponsored by Achievers Lanka Business School, will tip-off its second edition during the last weekend of March. The official press-briefing of the event was held at the CIMA Auditorium on the 28th of March 2019.

Over the years, the 3×3 format of the game has become the golden child of Sri Lanka basketball. 3×3 competitions bloomed out and about in the city, helping the island rise in the international rankings.

With the exposure, Sri Lanka has been able to be a part of a wide array of international FIBA 3×3 events. FIBA 3×3 Asia Cup, FIBA 3×3 World Cup, FIBA 3×3 U23 Nations League, 3×3 Basketball – Youth Olympics 2018, FIBA 3×3 SABA Quest are some of highest ranked events Sri Lanka has participated in.

Still, Sri Lanka lacked a continuous domestic tournament for the school level to function as a selection platform for the international events. Thus, Kobe Cup was born.

The 3×3 tournament is played from the U14 to U18 age groups, brimming with talent. The players that were drafted to the national squad from the 2018 tournament went on to qualify to the quarter-final stage of the U18 FIBA 3×3 Asia Cup and represented the island-nation in 3×3 basketball at the Youth Olympics 2018.

The team beat Egypt for the 1st time in the history of the sport. The win is also recorded as the first team-event win for Sri Lanka in any format of the Olympics.

Mr. Faris Ismail, CEO, Achievers Lanka Business School, speaking at the event said, “For the 2019 edition of the Kobe Cup we have over 100 teams participating. In the first edition we had 65 teams. The second edition will also be played from U14 – U18 age-groups in both girls’ and boys’ categories”

The Kobe Cup second edition will act as the selection platform for the U18 3×3 World Cup. Sri Lanka has earned a direct ticket to the girls’ category of the tournament.

The All-Star games will only be open for the squad that is selected after the preliminary stages of the tournament. We are planning to draft the players into the teams for the All-Star Game by the 08th of April”

The teams will compete in the initial stage of the tournament on the 30th and the 31st of March 2019. With the conclusion of the primary stage, the selectors will pick 32 players in both the girls’ and boys’ category for the second stage.

The final 32 players will be drafted into four all-star teams; Colombo Celtics, Colombo Warriors, Colombo Lakers, Colombo Rockets. At the final All-Star clash, the final squads to represent the island nation will be selected.

Stay logged on ThePapare.com to catch all the updates of Kobe Cup 2019.