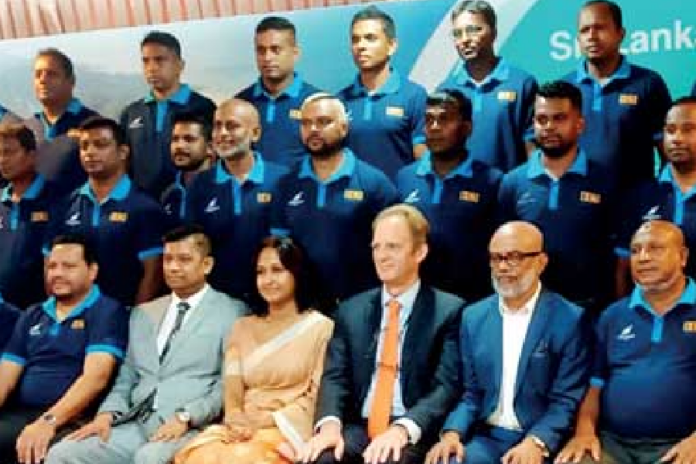 Sri Lanka masters’ hockey team to carry Sri Lanka at the Hockey World Cup 2022, which will be held from 12th – 21st of August, in Nottingham, England. Both over 35 and over 40 teams have earned their place in the tournament.

The two teams are well balanced with former national players, who have been preparing over the last year to take part in this spectacular tournament even with the difficult conditions owing to the COVID-19 pandemic and the recent events of the crisis.

Right now, Sri Lanka holds the 34th position in the world ranking, 8th amongst the Asian countries and the 4th in South Asia. Unlike Asia’s top-tier countries in hockey, Japan, India, and Pakistan it is Sri Lankas maiden representation in an event like the world cup. However, it’s the second time the Sri Lanka Masters men’s hockey is team taking part in the world cup. Islanders showed some colors at Barcelona Spain in 2018 as they won over Denmark by 2-1 in a tough encounter.

Lankans will commence their journey on the 12th of August and will come back to Sri Lanka on the 24th of August after the conclusion of the event.

Sri Lankas over 35 teams will be featured in group A, alongside England, Ghana, Spain and South Africa. Over 40 teams will face off Germany, South Africa, England, France, Wales and Ireland. Team Sri Lanka will compete against Spain in the over 35 age category whilst over 40 men will take Germany as their first opponent. Matches will be played at the University of Boulevard grounds in Nottingham.

The two teams are acclaimed with the best lot in the circuit, under 35 team will be led by P. Heenatigala, a former national hockey player who has served SL Police and SL Army and Vice-Captain Upul Fernando, player of CH & FC. Over 40 team will be led by Devan Chaminda Perera, a well-known figure in Sri Lanka sports who has represented Sri Lanka in both hockey and soccer, a veteran who has led both junior and senior hockey national teams in his period of national duty. Naditha Kudagama, one of the best dribblers Sri Lanka has ever produced will be supporting Devan as the Vice-Captain.

Duncan Devendra, Secretary of Sri Lanka National Masters Hockey Association addressing the media said “It is a tough tournament and we know it’s not going to be easy, without this kind of exposure, we can not improve hockey in this country where Sri Lanka was almost in par with India and Pakistan in the 1960s and seventies”

Sri Lanka Tourism Promotion Bureau will be the main sponsor for the two teams which will represent Sri Lanka at the World Cup, Sri Lanka Air Lines has come forward as the official airline partner and Nippon Paint Lanka Ltd. as a co-sponsor.