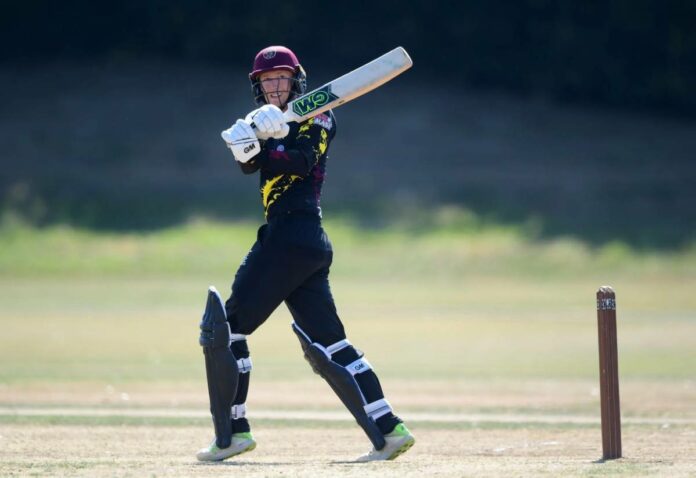 The young stars of the future for Sri Lanka continued to gain a vital amount of much needed exposure when they faced the former 1 time T20 champions of England Somerset at Taunton. After getting thrashed by Surrey few days ago, it is fair to say the youngsters may have shown some improvement, but it still was not a substantial enough change to force a result in their favor as the hosts cruised towards a 66 run victory.

Somerset, fresh off an eight wicket win over Kent in their opening fixture of the Vitality Blast, came with 7 changes but still had some renowned names like Tom Banton, Lewis Goldsworthy, Ben Green and former proteas pacer Marchant de Lange.

An upcoming superstar for Somerset, George Bartlett, made a strong case for his inclusion into the first XI with a phenomenal 82 off 39 which included 9 maximums.This was also Bartlett’s maiden half-ton in T20 Cricket. When Bartlett was on song and punishing the emerging bowlers around, the rest of their batters just played around him to post an imposing total of 194.

After being asked to bowl first by the Somerset Skipper Ben Green, Sri Lanka Emerging never really posed a threat to the hosts in the match as they were always falling behind in both the departments. While batting, the home team received continuous lose overs while with the ball in hand they were never put under any sort of pressure.

For the visitors, Ashen Bandara was the highest scorer once again with 38 off 36, but he had to bat with the lower order again, which did not contribute in any notable way. Dunith Wellalage continued to impress with his bowling in the tour by taking 2 for 32 in his 4 overs.

For the 3rd and final T20 against Gloucestershire which will also be the end of the Tour for Sri Lanka Emerging XI, they will be looking forward to putting up a noteworthy performance and end the tournament on a high. The encounter is scheduled to begin at 7.00PM Local Time on the 29th of May.