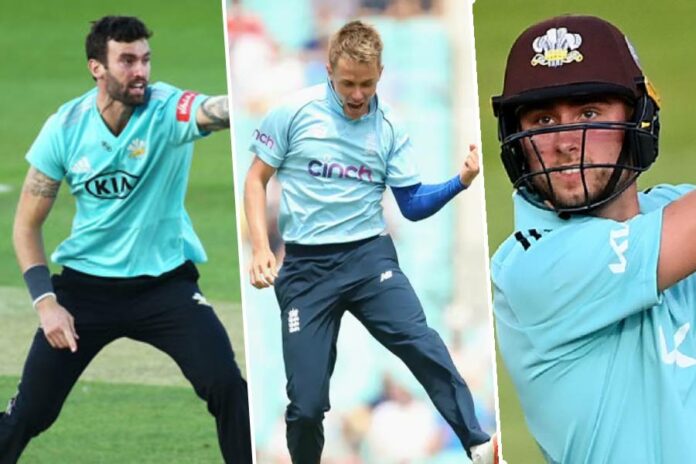 The first T20 encounter Sri Lanka Emerging XI Tour of England was worked off yesterday at the Oval against a formidable Surrey XI which featured some household names in the franchise T20 circuit across the globe. It’s fair to say that the young visiting side led by Dhananjaya Lakshan were outgunned in every aspect possible.

The experience gap between the two teams last night was a huge mismatch as the hosts had players with experience from playing in the Indian Premier League, Big Bash, The 100, Bangladesh Premier League, Pakistan Super League etc. For the visitors they had only a handful number of players who played in the Lanka Premier League itself.

It was quite evident that the odds were highly stacked against the young islanders but the fans back home were still invested in this encounter to see how these upcoming stars for Sri Lanka Cricket could perform against such a quality opponent.  But the hope for any sort of fight was unfortunately diminished by the disciplined bowling of the hosts as English international stars such as Reece Topley, Sam Curran, Chris Jordan and county heroes like Jamie Overton were simply too good.

After winning the toss and bowling first, Surrey bundled out Sri Lanka Emerging for 106. In reply, explosive Surrey openers in the form of International mainstay Jason Roy (11) and Will Jacks(58*) along with their number 3 another international cap Ollie Pope(31*) just went berserk as the bowlers. The hosts who made short work of this low target and chased it down within 10 overs.

The T20 encounter lasted just over 28 overs as a whole. After the impressive outings in the longer format leg of the tour, this one-sided affair was clear proof that the visitors need to adapt to the format change as quickly as possible because two more matches are coming up in the space of 4 days.

For Sri Lanka Emerging, skipper Lakshan showed a glimpse of hope but could only score 27 off 21 and the other internationals cap in the XI Ashen Bandara batted well with the tail to score 33 off 34 and push his team over 100 but unfortunately couldn’t provide the finishing touches after running out of partners.

Sri Lanka Emerging XI will face Somerset in their 2nd T20 encounter of the tour on the 27th of May at 11.30PM Sri Lanka Time.A