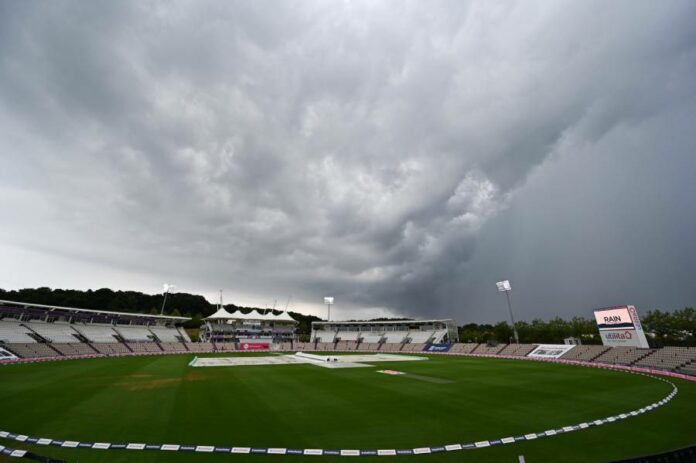 After the 3rd day of the encounter was completely washed out yesterday, the 4th day began as scheduled. Hampshire, who were on 252/5, decided to declare and ask Sri Lanka Emerging XI to begin their 2nd innings.

Emerging XI Skipper Nipun Dananjaya and Lasith Croospulle came out to open the innings, and the poor form of Nipun continued as he was caught and bowled by Harry Petrie for just 2 runs. Nishan Madushka, the man in form for Sri Lanka Emerging XI, joined Croospulle next, and the pair put on a partnership of 63 for the 2nd wicket before the latter, who was timing the ball well, was dismissed by Dominic Kelly after scoring 43 off 52, which included 3 fours and a maximum.

Nuwanidu Fernando, who had 2 good knocks in the tour, became the next partner of Nishan, but the duo were unable to stitch a big partnership together as Nishan fell to Felix Organ after scoring 29.

Dhananjaya Lakshan, who walked out as the next man, was batting well along with Nuwanidu when rain interrupted. Continuous showers at the Rose Bowl since then led to the umpires coming to a decision to end the final day’s play, as the match ended in a draw. Out of the allocated 360 overs of the match, only 205.1 overs were bowled.

For Sri Lanka Emerging XI, Nuwanidu Fernando, Santhush Gunathilake, Dunith Wellalage and Lasith Croospulle shone with the bat, while the pacers Dhananjaya Lakshan and Udith Madushan along with the spinner Dilum Sudeera were impressive with the ball in hand.

The 3rd and final Four Day fixture of the Sri Lanka Emerging XI’s Tour of England will begin on the 20th of May against Surrey at Guildford.