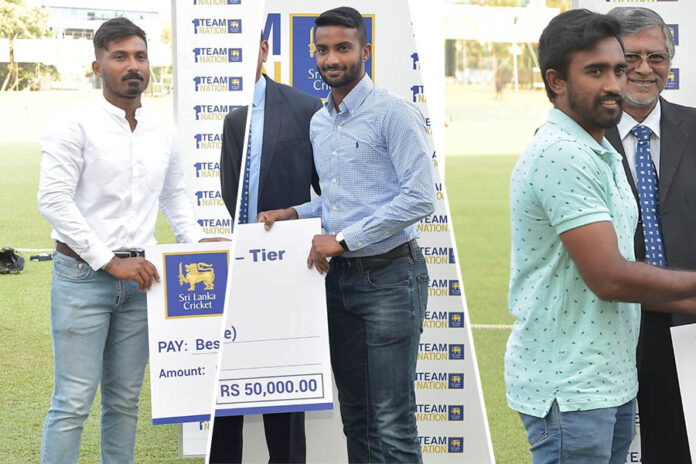 Sri Lanka Cricket wishes to announce that the Executive Committee of the SLC has decided to recognize the efforts of the Top Performers of the Major Club Tier ‘A’ League Tournament 2019/2020.

Angelo Mathews appointed as Captain for T20s in West Indies

Accordingly, the Best Batsman of the Tournament Lahiru Udara (NCC) and Best Bowler Duvindu Tillakaratne (BRC) will be offered a financial award of LKR 450,000, each.

This is, apart from the LKR 50,000 each, already given to the respective players during the award presentation of the tournament.

In the meantime, Player of the Tournament Ashan Priyanjan of CCC was awarded a sum of LKR 100,000 and a car worth LKR 2 million