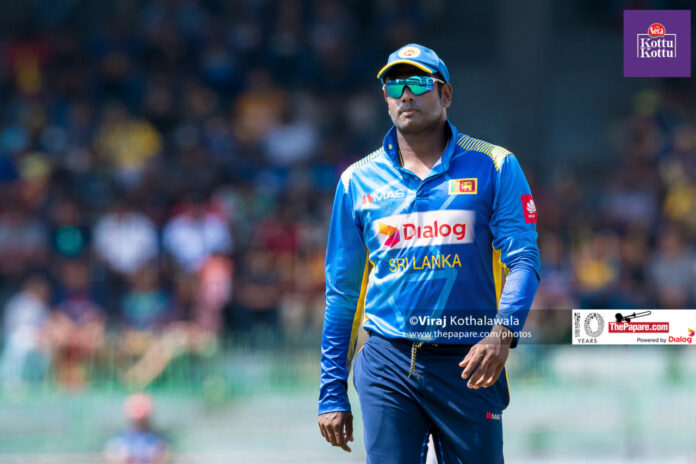 Former Sri Lanka all-formats captain, Angelo Mathews, has been appointed as the stand-in Captain for the T20 Internationals against West Indies.

The national selectors appointed the 33-year-old as Captain, as Dasun Shanaka, who was appointed as a long-term Captain for the T20 side of Sri Lanka, is unable to travel to the West Indies on time to join the team.

He is held back in Sri Lanka owing to a ‘delay in obtaining a US Transit Visa,’ read the SLC media release.

Shanaka lost his previous passport three years ago, which had a USA visa stamped on for five years. The new Visa has not been issued yet on his new passport which has caused this delay, ThePapare learns.

Mathews was one of the busiest Cricketers during the time frame from 2014 to 2017, when he led the Sri Lankan team in all 3 formats. Before stepping down, he had led the side in 34 Tests, 98 ODIs and 12 T20Is. During his tenure, Sri Lanka recorded a few historic wins including a Test series win in England in 2014, and a whitewash against Australia in 2016.