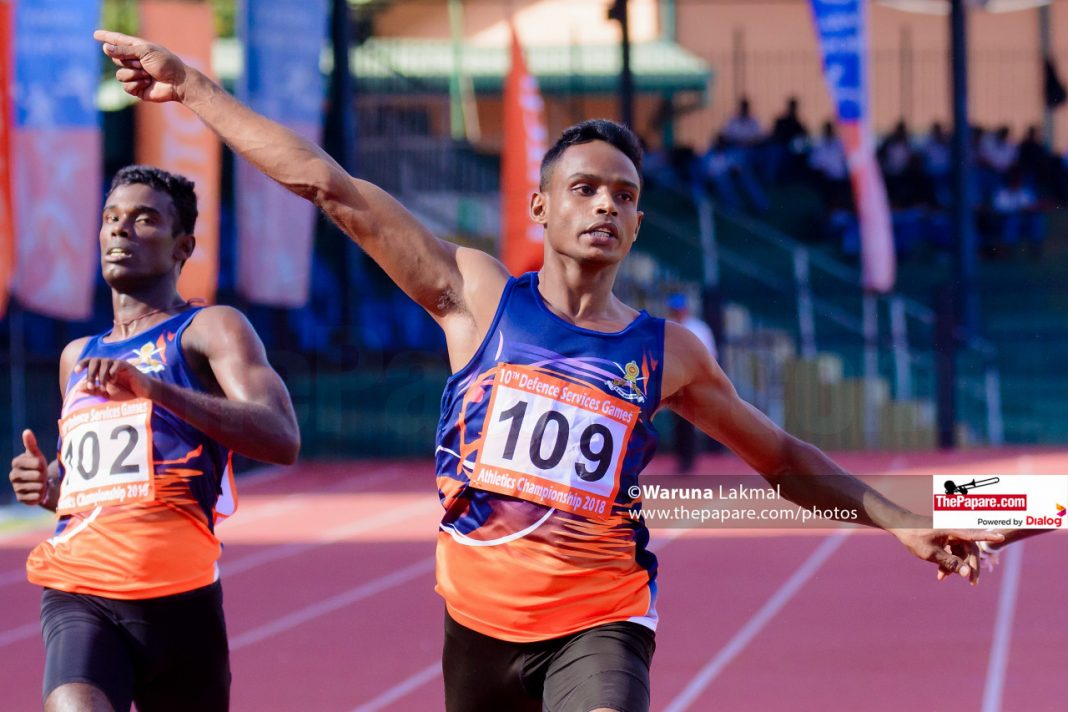 The 10th Defense Service Athletic Championship which was held over three days came to a close today with Sri Lanka Army registering a dominant victory over Sri Lanka Air force and the Navy.

The championship saw the participation of a plethora of national athletes who belong to the armed forces representing their respective force. Sri Lanka Army was by far the most impressive squad at the competition and did not disappoint as they managed to clean sweep all the championship trophies on offer. They won 79 of the 137 medals on offer which included 34 Gold medals accumulating 275 championship points out of 437. Sri Lanka Air force secured second place with a total of 41 medals which earned them 105 points while Sri Lanka Navy was at the bottom with 17 medals that earned them 57 points.

Lakshika Sugandi who claimed the Heptathlon national record yesterday was back in the news as she managed to clock 14.08secs in the Women’s 100m hurdles creating a new meet record in the event. National 400m champion, quarter miler R Nadeesha who was unlucky to miss out on a spot in the Sri Lankan contingent to the Asian Games continued her good form from the Nationals to create a new meet record in the 400m running 53.03secs. G A S Dulani became the first women’s athlete to run the 400m hurdles under a minute this year clocking 59.83secs which was a new meet record at the championship.

R M S Pushpakumara of Sri Lanka Army who was crowned the cross country national champion at the beginning of the year entered the record books clocking 9:04.52 in the 3000m steeple chase. Sampath Ranasinghe who has risen as a serious contender in the Men’s Javelin had a good championship and also entered the record books for the best javelin throw in the championship which was measured at 78.11m. Triple Jumping veteran Sanjaya Jayasinghe leapt to a new meet record distance of 16.25m in the triple jump while G U Jayawardane of Sri Lanka Navy who established a new meet record in the Men’s Discus throw with a throw of 53.33m was the only non-Army athlete to enter the record books on the final day of the championship. 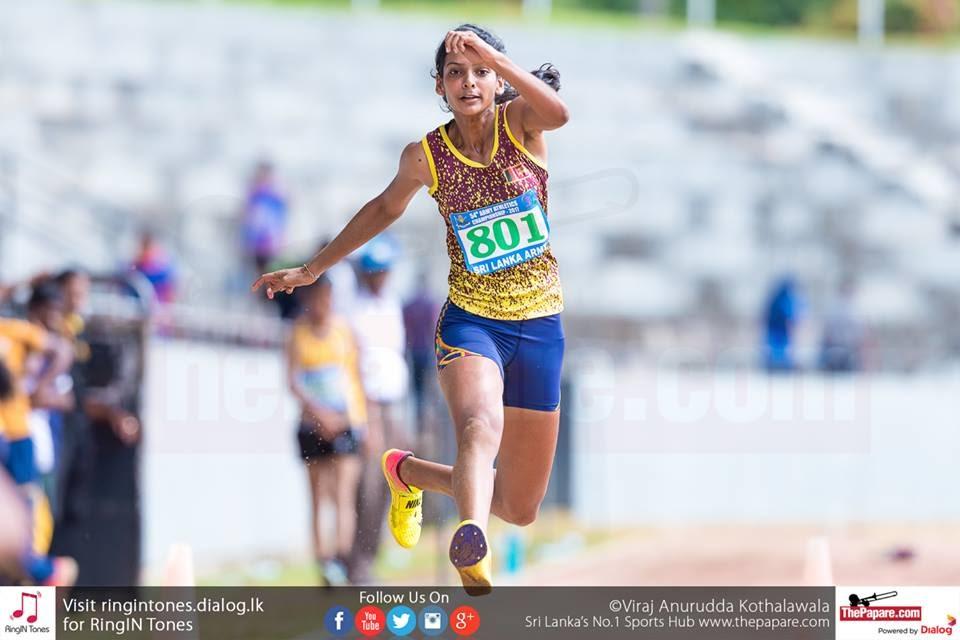 Vidusha Lakshani who created a new meet record in the triple jump clearing 13.58m won the trophy for the best performance in a field event – Women 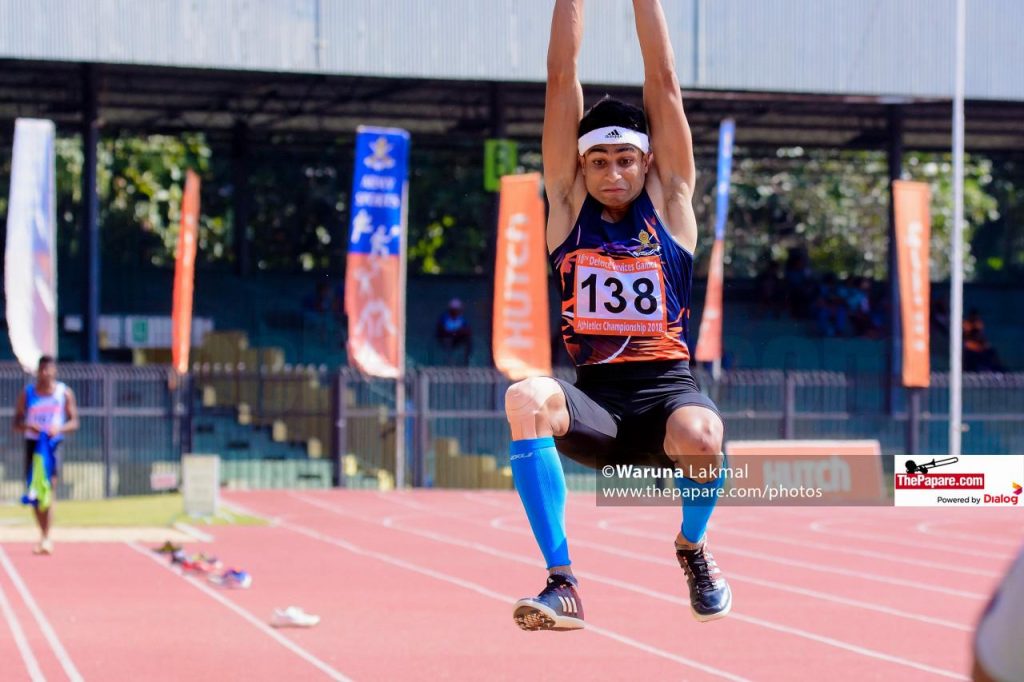 Ace national long jumper Prasad Wimalasiri’s new meet record jump of 8.07m earned him the trophy for the best performance in field events– Men. Prasad’s leap in the Long Jump paved way for him to be adjudged the Overall Best Men’s Performer of the meet. 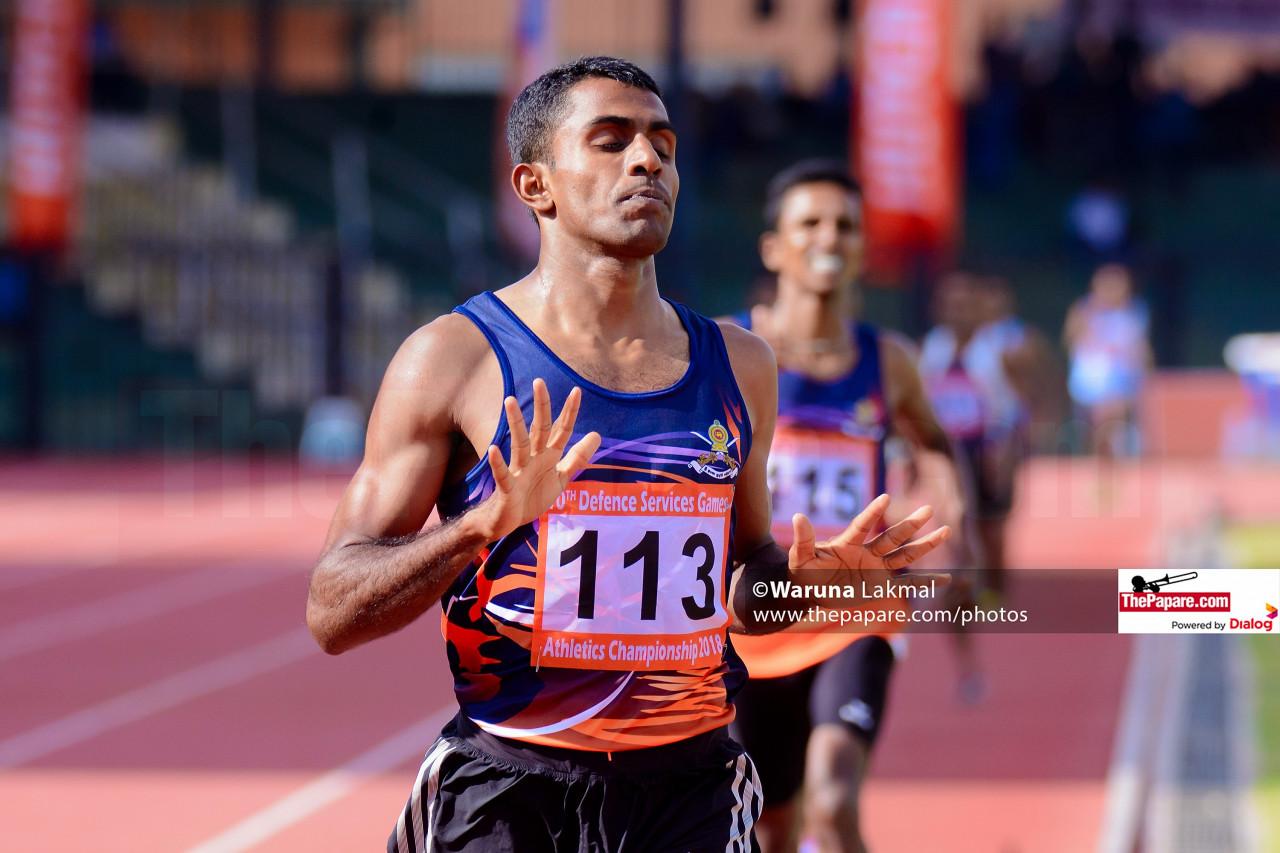 Indunil Herath who clocked a new meet record time of 1:48.00 in the Men’s 800m was awarded the trophy for the best performance in Track events – Men. 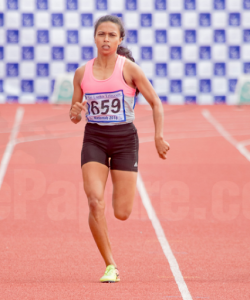 R Nadeesha’s new meet record run of 53.03secs in the 400m was adjudged the best performance in track events – Women while she was also adjudged the Overall best women’s performer of the meet.