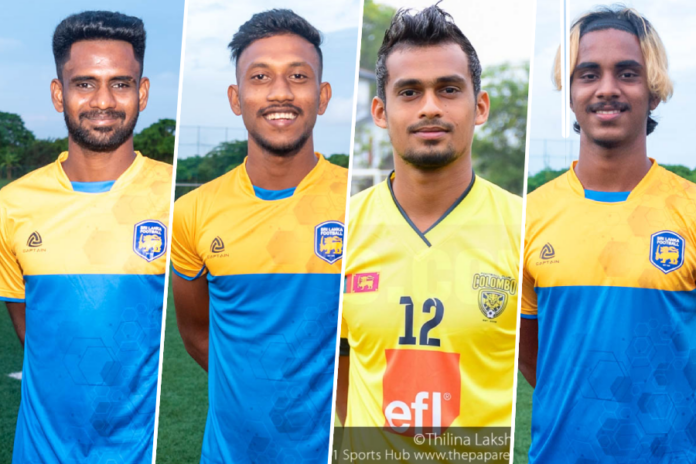 Though it has not been officially announced, Football Sri Lanka (FSL) has selected the 23-man Sri Lanka squad for the upcoming Four Nations which will be held in Sri Lanka from 8th – 19th November.

There have been five changes from the squad that played in the SAFF Championship a few weeks before – Edison Figurado, Roshan Appuhamy, Mohamed Musthaq, Rifkhan Mohamed and Supun Dananjaya have been dropped.

They have been replaced by Sri Lanka U23 Captain Sasanga Dilhara, Daniel Magrath and Abdul Basith. Magrath (21) and Basith (20), who played in the recently concluded AFC U23 Asian Cup Qualifications, are making their debut appearance in the National squad.

Colombo’s Ahamed Shazny has got a long-awaited call-up, while Mohamed Rifnaz makes a comeback after almost three years. His last competitve club start, back in early 2019, saw him suffer an ACL injury which left him out of the game for one year.

Dillon De Silva also makes the squad after not participating in the AFC U23 Asian Cup Qualifications. Sri Lanka will continue to be captained by the ever-reliable Sujan Perera and assisted by Waseem Razeek and Kavindu Ishan.