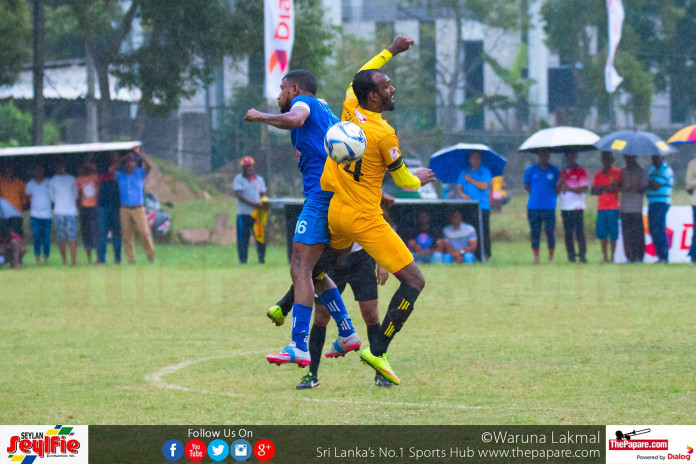 The abandoned match between Blue Star SC and Colombo FC has been re-scheduled to be played on the 22nd of February.

The 2016 Dialog Champions League Super 8, week 6 encounter was abandoned at half time due to torrential rain and waterlogged pitch on the 19th, at which point Blue Star was leading 1-0 with a goal from Mohamed Farzeen in the 14thminute.

The match will re-commence from the start of the 2nd half as per the competition rules. The re-start time is scheduled to be at 3.00pm to avoid possible rain in the evening.