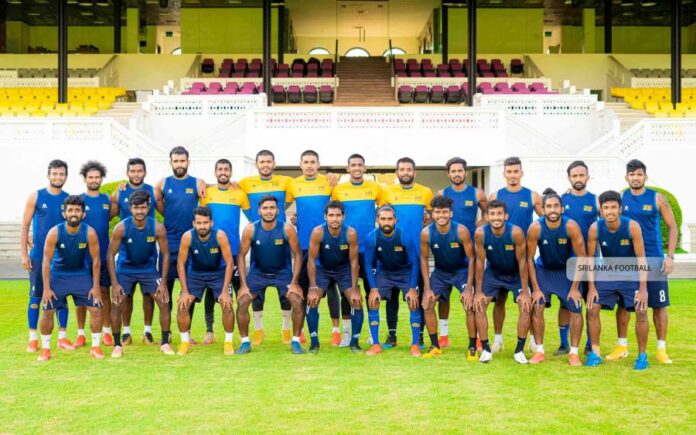 Football Sri Lanka (FSL) has announced a 23-man squad for the upcoming SAFF Championship 2021, which will be held in the Maldives from 1st – 16th October.

The squad had no surprises except for a few forced changes and a maiden call up for Mohamed Shifan, who is on loan from Mawanella United playing for Up Country Lions. The 24-year-old former Baduriya Central College forward was previously part of the Sri Lanka U23 setup.

Mannar born Edison Figurado makes his return to the Sri Lanka setup after a few years, while Aman Faizer comes back after being dropped for the World Cup qualifiers against Lebanon and South Korea in June. Kaveesh Fernando puts himself amongst the three goalkeepers after being overlooked on a number of occassions.

From the squad that participated in the Asian Qualifiers – FIFA World Cup 2022 & Asian Cup 2023, Mohamed Hasmeer has missed out due to lack of fitness, while goalkeepers Nuwan Gimhana (released for U23 duties) and Danushka Rajapaksha (injury) are also not among the 23. Dilip Peiris, who was the only center forward in the squad, was a certainty for the final 23 but was unfortunately left out due to a hamstring injury.

The Sri Lanka squad has been in training in Saudi Arabia for two weeks and will fly directly to Maldives for the tournament, where the squad will be bolstered by the arrival of Marvin Hamilton and Dillon De Silva from England. Sujan Perera will continue to lead the side while being ably supported by deputies Waseem Razeek and Kavindu Ishan. 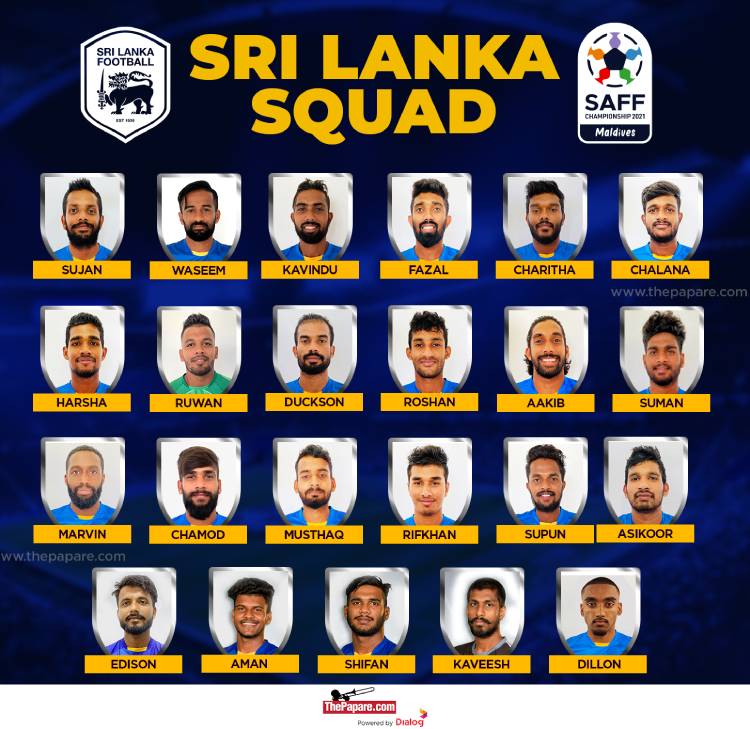