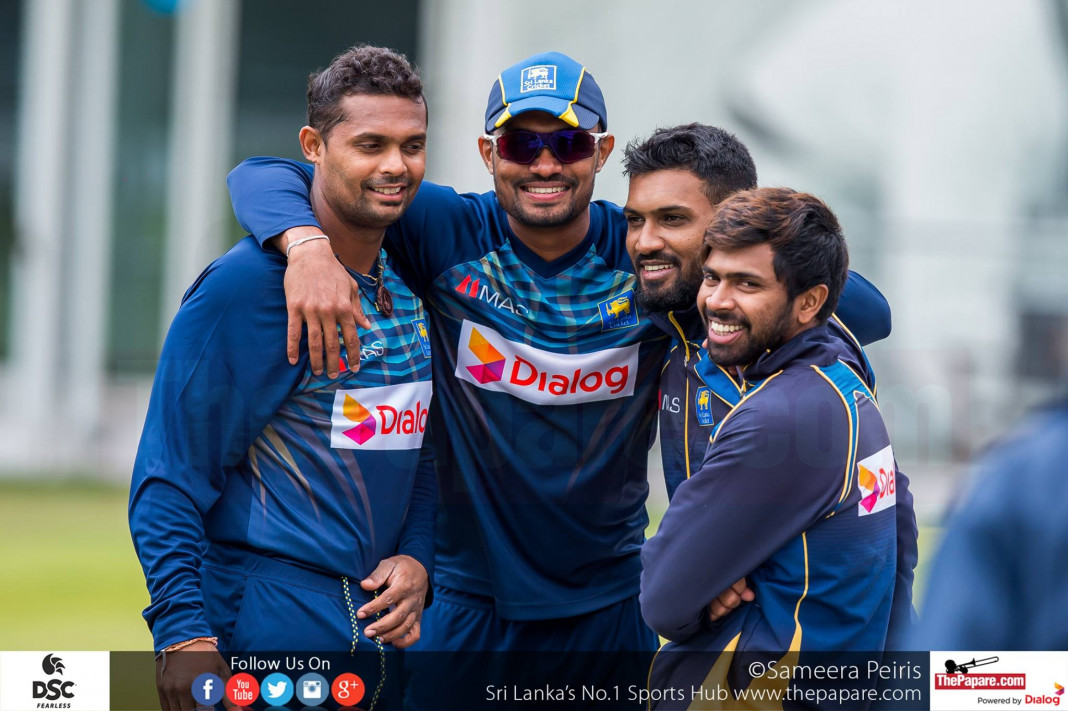 With many pundits commenting on poor fielding and big bellies of the national team players, the national team trainer Nick Lee and Dilshan Fonseka along with fielding coach Nic Pothas under the guidance of SLC High Performance Manager, Simon Wills are trying their very best to get the team ready as they prepare to take on Zimbabwe starting from 30th June.

Read: War is over; we don’t need Army training – Malinga

The seasoned fast-bowling campaigners like Nuwan Kulasekara, Lasith Malinga excelled in the short 20M sprints while the young guns such as Danushka Gunathilaka and Niroshan Dickwella topped the YoYo tests.

20m sprint test this Morning. This two golden oldies top of the table. I rest my case..? pic.twitter.com/GrSUZLlKXE

Sri Lanka, ranked 8th in ICC ODI rankings will go all guns blazing in full strength against 11th ranked Zimbabwe in the five-match ODI series to ensure automatic qualification for the ICC Cricket World Cup in 2019.

Only the top eight-ranked ODI teams by September 30th, 2017 will automatically qualify for the next world event in England in two years. The teams ranked below eight will have to go through a 2018 ICC World Cup qualifier to be held in Ireland and Scotland.