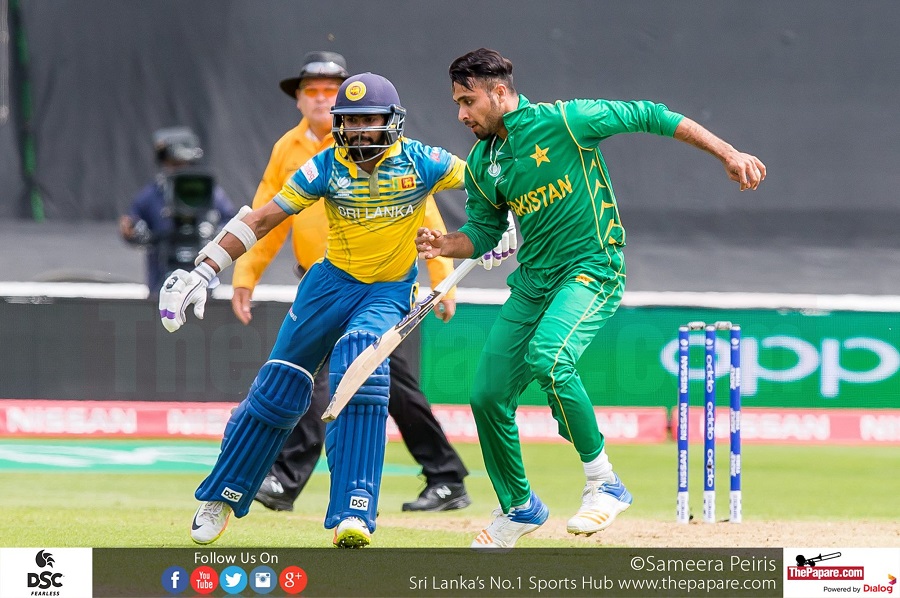 The Cricketing fraternity is now slowly recovering from the ICC Champions Trophy 2017 hangover after the lowest ranked team at the start of the tournament bagged the $2.2 million prize on offer at the end of a short, fiery tournament.

Sri Lanka and the DRS conundrum

The Decision Review System(abbreviated as DRS) is a technology-based system used..

Nearly every average Sri Lankan cricket fan rooted for Pakistan last Sunday as they crushed India to become only the fourth nation in the world to have won all three ICC trophies – World Cup, World T20 and Champions Trophy.

Newsfeeds and Timelines were where most Lankans chose to show their support for their Pakistani brothers with posts reading “PAKISTAN ZINDABAD” being nearly impossible to avoid. No doubt the Pakistanis themselves felt the support across the borders.

Most Sri Lankans would be disappointed that their country was the only Asian team not to reach the final four but deep down in their hearts, they would have wanted Pakistan to beat England and India. You could say the two nations are united by a common foe in India and for a day or two, Sri Lankans do not mind becoming Pakistanis nor should I say, Lankistanis?

A friend in need is a friend indeed

Even though none of the major cricketing nations travelled to Pakistan to play international cricket since that horrific terror attack on the Sri Lanka team bus in 2009, the island nation has borne no hate towards the Pakistanis, especially when they play India.

The victorious, jubilant Pakistani captain, Sarfraz Ahmed urged the same after their resounding win at The Oval, “Hopefully this win, everyone will remember, not today, not tomorrow, for a very long, long time. I hope this win will boost Pakistan cricket and I wish all nations will now come to Pakistan to play. “He said.

Sri Lanka Cricket (SLC) has publically voiced many times that they would be willing to be the host for an India-Pakistan series while Pakistan has invited Sri Lanka to play in Pakistan in 2015.

The ICC (International Cricket Council) and PCB (Pakistan Cricket Board) are planning to play a three-match T20 series in Lahore between a World XI and Pakistan in September in order to bring international cricket back to Pakistan and if that works out well, perhaps Sri Lanka would be a friend in need by agreeing to play their full tour in Pakistan later this year instead of UAE.

The SLC President extends his wishes to the Champions Trophy Winners

The Kings of Unpredictability

For many reasons; ‘unpredictable’ Pakistan’s exceptional comeback will go down the history books as one of the most exciting and wonderful wins ever, because of how they were thrashed by India in Birmingham during the group stages.

Even though they beat South Africa in a rain-hit encounter, a game which sparked their comeback, it could be said that the nerve-wracking win against Sri Lanka in Cardiff did a world of good for Pakistan’s confidence.

During the recent Champions Trophy, Pakistan took time to settle in and it cost them the game against India but to everyone’s surprise, they came back like a phoenix from the ashes to win the tournament.

Play to your strengths or go home

Pakistan did plenty of things right throughout those four knockout games by playing to their strengths, being disciplined, executing plan ‘A’ to perfection and identifying the opponent’s weaknesses.

While Pakistan triumphed through these tactics, their brothers Sri Lanka could not even take a gamble and play chinaman spinner Lakshan Sandakan in at least one game after hailing him as the ‘Key’ before the tournament. We can go on and on about what went wrong for Sri Lanka but ultimately two game changing moments proved to be the difference in both the defeats – Dinesh Chandimal’s run-out in the Proteas’ game and Thisara Perera’s drop against Pakistan.

Pakistan’s clear mindset and fighting attitude in dire straits were some of the attributes which were missing in Sri Lanka’s game but having Danushka Gunathilaka drafted into the playing XI straightaway after Chamara Kapugedara’s injury and batting Kusal Janith Perera at number 4 in the India game, where they broke quite a number of records, are the sensible, attacking options Sri Lanka took throughout their campaign.

A panicky loss against South Africa, a joyous win against India and a heart-breaking defeat at the hands of eventual winners Pakistan sums up Sri Lanka’s campaign in the ICC Champions Trophy 2017.

What happened to these players?

We take a look at some of Sri Lanka’s most promising cricketers who have fallen off..

Every now and then, Pakistan produce exceptional seam bowlers and this tournament; they had plenty of them in Hasan Ali, Mohammad Amir, Junaid Khan and Rumman Raees who bowled them to victory. No doubt any Sri Lankan would have wished to have had at least one of those left-armers in our own team.

Nevertheless Sri Lanka’s frontline seam contingent of Lasith Malinga, Suranga Lakmal and Nuwan Pradeep bowled their hearts out, especially against Pakistan, when their efforts were put to waste by some errors on the field.

Pradeep is literally a work-horse, a gem Sri Lanka should preserve for the next few years as he was outstanding in all three games. Lakmal was the least impressive out of the three but provided crucial breakthroughs and we all know what Malinga can do, so hopefully he stays fit till 2019.

What we should learn from Pakistan is that they dominated the middle overs, bagged wickets at regular intervals. They took 23 wickets between the 11th and 40th overs in all four matches they won successfully which means they took almost 6 wickets on average during that period; a terrific feat.

Sri Lanka only grabbed 19 wickets in total from all three matches they played and were unable to bowl out their opponents, something the Pakistani bowlers did on three occasions.

Pakistan took home the trophy thrashing India while Sri Lanka came back with their sole satisfaction coming from a brilliant run-chase against India. To the fans of both teams perhaps this was their greatest joy – thrashing their common foe.