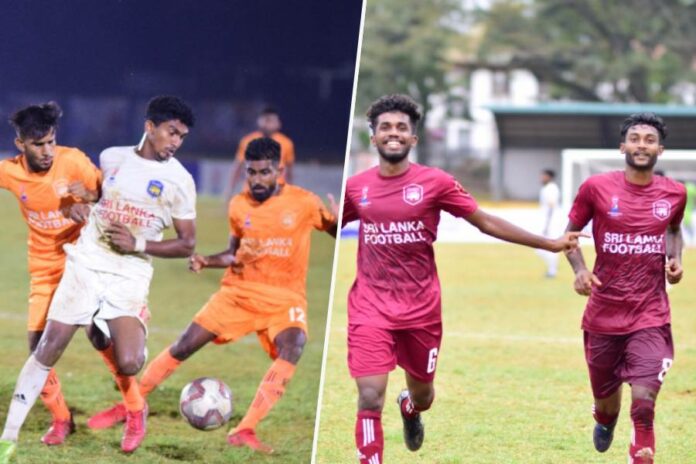 The little-known Sabaragamuwa Province defeated the stars of Western Province 2-1 at the Vincent Dias Stadium in Badulla.

The Western lads had the majority of possession, but were unable to create any significant chances while Sabaragamuwa were denied a clear penalty when Shehan Liyanapathirana handled the ball inside the box.

However, Sabaragamuwa took a deserved lead when Skipper Mohamed Shifan danced down the left, beating three defenders to cross and find Mohamed Mushfik for an easy tap-in in the 33rd minute.

After the break, Western made the substitutions but were unable to make a difference as Sabaragamuwa held firm, defending stoutly. In one of the rare attacks they had, Sabaragamuwa scored the 2nd in identical fashion to the first goal, with Mushfik converting Sujith De Silva’s low cross in the 68th minute.

Naveen Jude pulled a goal back for Western Province deep into injury time, but it was too little too late for the stars.

Rajarata had two opportunities early on, but it was Southern who took the lead when Supun Dananjaya headed in a Tharindu Danushka cross. Rajarata, with numerous Charitha Rathnayake free-kicks, threatened the Southern goal, but poor execution and brilliant goalkeeping from Rasik Rishad denied them the goals.

After half time, Southern were the better side, creating chances with one of them getting them the 2nd goal. A free-kick from Tharindu Danushka found Dananjaya, who guided the ball into the goal with his shoulder.

Rajarata got a penalty late in the game, which was converted by Charitha Rathnayake, but they were not able to find the equalizer.