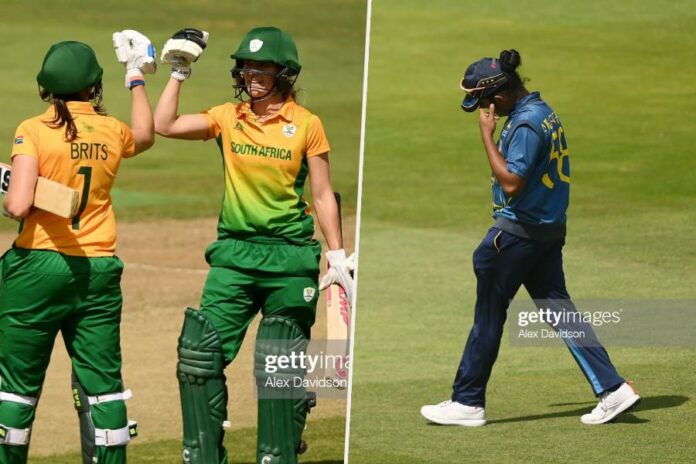 Sri Lanka Women’s Cricket team ended their campaign at Commonwealth Games winless as they suffered a massive defeat in the hands of South Africa Women’s team in the 11th game of the competition which worked off today (04th August) at Edgbaston in Birmingham.

Read : Sri Lanka knocked out of CWG after loss to New Zealand

Having won the toss, South African skipper Sune Luus invited Sri Lanka to bat first. The islanders got off to a very poor start as they lost the first 6 wickets for just 27 runs inside the first 10 overs. The skipper Athapaththu was the only batter to cross double-digit score (15) as all the other 5 batters fell for single-digit scores.

The tail-enders of the Sri Lankan batting unit also didn’t make any significant contributions with the bat as they were bowled for just 46 runs in 17.1 overs. It was Sri Lanka’s lowest score in the history of Women T20Is.

South Africa showed a disciplined & collective bowling effort led by Nadine de Klerk (3/07) and Masabata Klaas (2/07). It was a walk-in-the-park victory for the rainbow nation as they cruised to the victory in 6.1 overs with 10 wickets in hand.

With this defeat, Sri Lanka Women’s Cricket team ended their campaign at the Commonwealth Games losing all 3 matches they played in the competition.