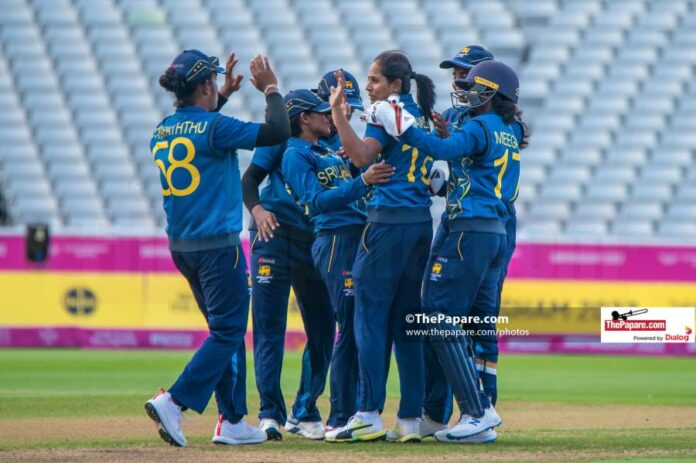 In a low-scoring fixture where bowlers enjoyed much of the dominance, New Zealand rode on an opening partnership, a late cameo and the combined effort of their bowlers to defend 147 against Sri Lanka and storm into the semis of the Commonwealth Games. The result also means England are the second side to qualify for the last four from Group B.

Opting to bat first, New Zealand made a stroke-filled start via an opening stand between captain Sophie Devine and Suzie Bates. They added 41 in the PowerPlay, but were broken up right after that phase when Devine fell to Inoka Ranaweera in the seventh over for a 23-ball 24. With quick wickets of Amelia Kerr and Maddy Green to follow, Sri Lanka found a stronghold in the contest.

The pressure was cranked up on Bates and she departed shortly after too, for 34 off 32. New Zealand went from 51 for 1 and 60 for 2 to 89 for 5, before Izzy Gaze and Brooke Halliday attempted a late revival. When that was broken on the first ball of the 19th over, out walked Lea Tahuhu and threw caution to the winds with a four and a six off the first two balls. She then spearheaded a 13-run 20th over to finish with an eight-ball unbeaten 20 that took her side to 147 for 7.

Sri Lanka were extremely timid in their response, losing both openers inside the PowerPlay. Medium pacer Hayley Jensen started New Zealand’s defence of the total with a wicket-maiden and went on to complete an incredible spell of bowling that read: 4 overs | 20 dots | 5 runs | 3 wickets.

As many as eight Sri Lanka batters returned single-digit scores, failing to support Nilakshi de Silva who was left to wage a lone battle. Support meanwhile was aplenty as far as New Zealand were concerned as the rest of the bowlers rallied around Jensen to keep chipping away at the wickets. Sri Lanka managed to get to the 20 overs and past the 100-run mark only because of Nilakshi’s fighting effort of 36 off 35, but that was a mere consolation as they fell well short in the chase.